Number of smokers in England drop to an all-time low 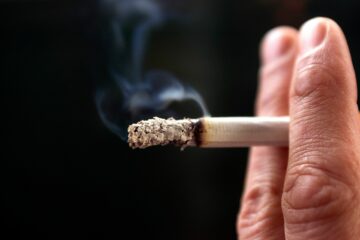 Yesterday Public Health England announced the fantastic news that the number of smokers in England has fallen to its lowest level.

According to the latest data, record numbers of adults gave up smoking last year and now just 16.9% of adults smoke- that’s one in six adults. This is the first time that under 17% of the population are smokers.

We are delighted by this news as we know that smoking not only causes nearly 1 in 3 of all pancreatic cancers but is also the only confirmed environmental cause of pancreatic cancer. A study in 2006 found that smokers have an increased risk of 74% of developing pancreatic cancer compared to those who have never smoked.

However, there are other risk factors and what is more a group of researchers have listed pancreatic cancer as one of those that, in the majority of cases, getting it is just ‘bad luck’.

Our CEO, Ali Stunt, comments on this research in her blog and says: “As we see, pancreatic cancer is on the list of ‘bad luck’ cancers , which may help explain why I, at the age of 41, developed pancreatic cancer without any of the associated risk factors for the disease.

“I know of many other patients who have not been smokers and have led healthy lifestyles and have still developed pancreatic cancer.”

So, do we ignore the fact that smoking can account for 29% of UK pancreatic cancer cases?

Ali says: “No we don’t and public health messages are important to help prevent some cancers. If someone can prevent himself or herself from developing cancer by not smoking, that has to be a good thing.”

Find out more about the causes and risks of pancreatic cancer.