Our patrons and ambassadors 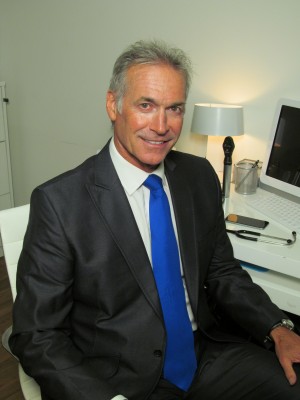 We are delighted to announce that Breakfast TV’s health editor, Dr Hilary Jones, has become a Patron for the charity. Having supported the charity in the media, and having met chief executive Ali Stunt on a number of occasions, Dr Hilary Jones highly values the work of the charity.

Hilary aims to support Pancreatic Cancer Action’s work with our pancreatic cancer medical educational tools and help raise awareness of the disease among the public.

He said: “I am passionate about supporting Pancreatic Cancer Action with their vital work as I believe this disease to have one of the most lethal diagnoses of all common cancers.

“It’s got a worse outlook than lung, bowel and breast cancer, and more awareness and education is desperately needed.  The charity do a lot of work with GPs and in my own personal experience, educating primary care sector is one of the most important factors in improving early diagnosis of pancreatic cancer.” 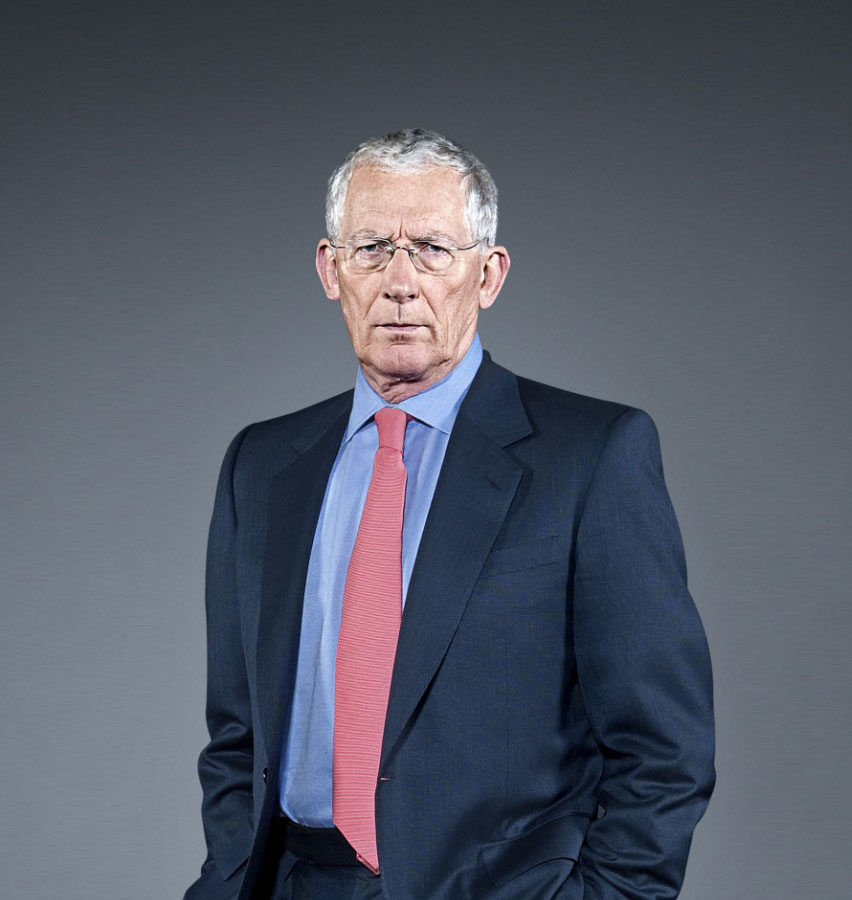 Nick first met Ali Stunt, chief executive and founder of Pancreatic Cancer Action, when he was the guest speaker at a House of Commons event held by the charity in November 2012. Nick was then re-introduced to Ali this year by his friend Larry Rees who sadly faces a terminal diagnosis of pancreatic cancer.

Mr Hewer said: “I am very pleased to become patron of Pancreatic Cancer Action. After meeting Ali, I was hugely impressed by the charity’s approach and ambition. I’m aware first hand, through the loss of a family member and a number of close friends, of the devastating impact of a pancreatic cancer diagnosis, and I know that so much more needs to be done to improve survival rates for patients. The charity is determined to achieve this by focussing on early diagnosis and making the public and medical community more aware of the symptoms and risks.” 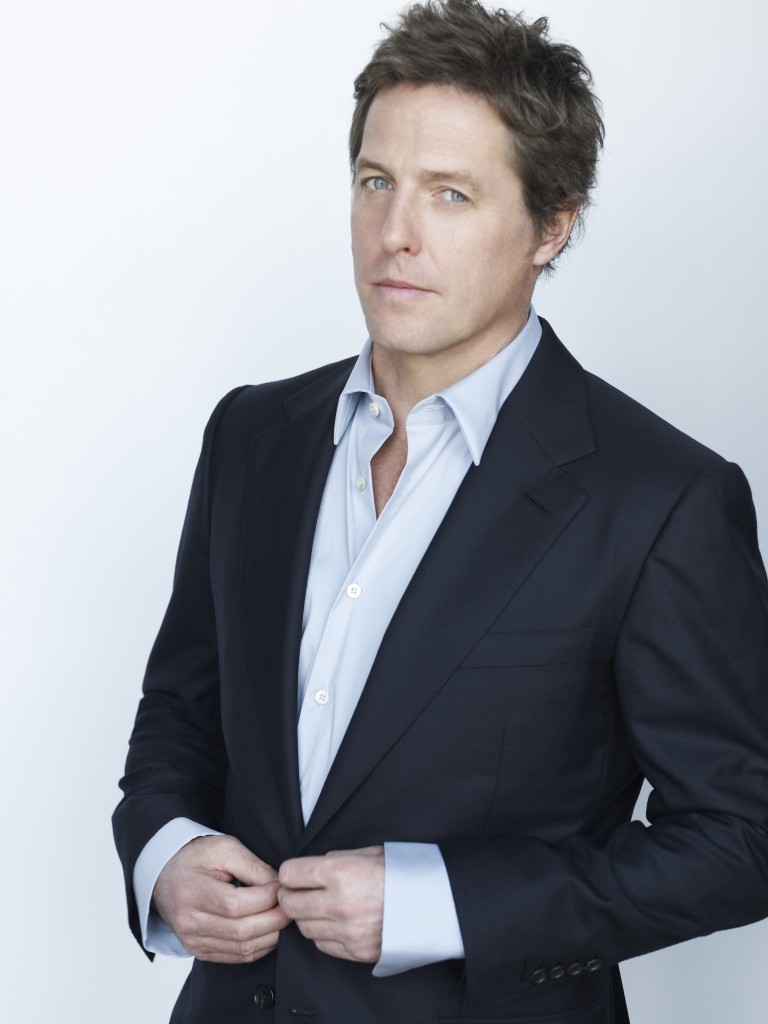 The BAFTA and Golden Globe award winning actor has a deeply personal experience of pancreatic cancer as his mother Fynvola became seriously ill and sadly died from the grim disease in 2001. Hugh Grant has starred in many well known and successful box office hits including Notting Hill, Bridget Jones’ Diary and About A Boy.

Ali Stunt, CEO of Pancreatic Cancer Action explains, “We are so delighted that Hugh Grant has agreed to lend his support to our charity and become our patron. Hugh is an internationally recognised film star but also someone who has experienced the tragedy of the illness. He totally supports our aim which is to make more people aware of the symptoms of pancreatic cancer enabling early diagnosis in time for surgery, currently the only cure.”

Hugh Grant comments, “I am very pleased to become patron of Pancreatic Cancer Action. The charity is determined to improve the statistics of this deadly disease by focusing on early diagnosis and by making more people, including medical professionals, aware of the symptoms and risks of pancreatic cancer. I totally support Ali and her team’s efforts.” 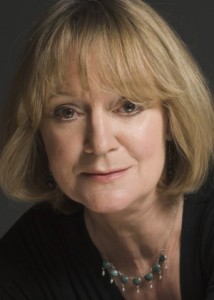 Joanna is one of the UK’s most cherished actresses and has been a familiar face on our TV screens as well as in the theatre and in film for many years.  Numerous television credits include ‘Sense and Sensibility’, ‘Rebecca’, ‘The Forsyte Saga’,  ‘Inspector Morse’,  ‘Midsomer Murders’, ‘Pride and Prejudice’, ‘Rumpole of the Bailey’, ‘Dalziel and Pascoe’, , ‘A Touch of Frost’ plus many more.

Joanna’s film credits include ‘One Plus One’, ‘The Soul Keeper’, ‘Secret Friends’, ‘Rogue Trader’ and ‘One of those Days’. Joanna is also a highly experienced broadcaster for BBC Radio and has also recorded many novels for audio cassette/CD.

Joanna is married to actor Edward Fox and her son Freddie Fox and daughter Emilia Fox are also well-known actors. 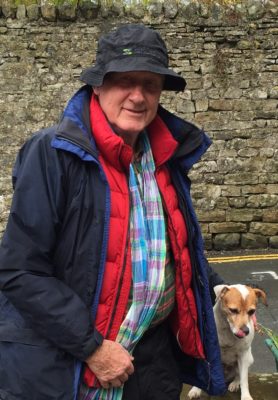 We are absolutely thrilled to announce that Rupert Lycett Green, former Saville Row tailor and designer, has become our most recent Patron. Rupert has supported PCA for many years with his biggest event, a 140-mile walk across the Yorkshire Dales and Northumberland National Park, raising over £56,000!

Rupert was married to Candida Rose Lycett Green, author and daughter of John Betjeman, before she sadly passed away from pancreatic cancer in 2014.

Rupert says “I truly believe that early diagnosis of pancreatic cancer is key to improving survival. The small charity does a huge amount to help raise awareness, educate medical professionals and fund research.”

“Candida would have been proud of me and I’m pretty sure my children think it’s good.”

Rupert will help to achieve Pancreatic Cancer Actions objective – to save lives through early diagnosis – as the current survival rate of the disease is under 7%. 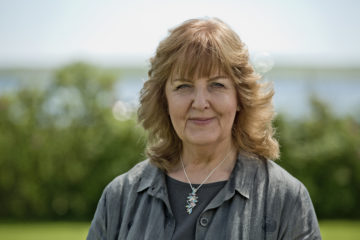 Pancreatic Cancer Action Scotland is delighted to have Sheila Fleet OBE as our patron.

Sheila set up Sheila Fleet jewellery in 1993 and her wonderful designs, inspired by the Orkney countryside, ocean and skylines, have won fans around the world.

Sheila says, “I sadly lost my husband Rick to this terrible disease. Locally I’m aware of other people in Orkney who have been affected by pancreatic cancer, but it affects people and their families all over the world. There is much we need to do to raise awareness.”

Sheila lost her husband Rick to pancreatic cancer in 2013 at the age of only 68 and has since been determined to help increase awareness about the disease. With every sale of Sheila’s Daisies at Dawn range, a donation will be made to help those affected by pancreatic cancer. 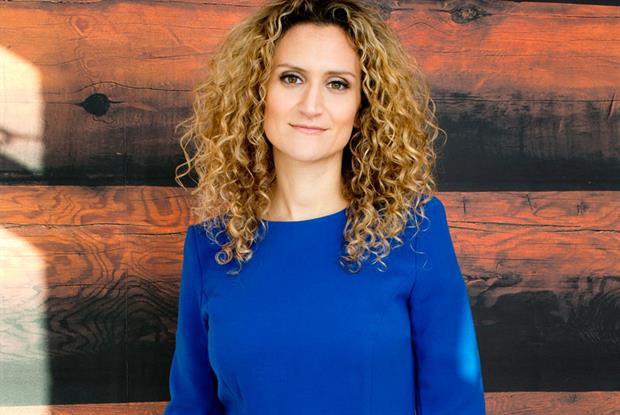 Dr Ellie is best known for her columns in the Mail on Sunday and weekly appearance on Sky News. Her role will involve supporting the charity’s primary care education work. She says:

“Pancreatic cancer is one of the only cancers that is increasing in incidence and mortality Most pancreatic cancer patients are diagnosed too late. I support Pancreatic Cancer Action’s aim to get more patients diagnosed early and in time for life-saving surgery. 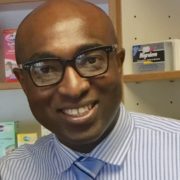 Ade Williams is Lead Pharmacist at the multi-award winning Bedminster Pharmacy, a Healthy Living Pharmacy in South Bristol. He was the UK Community Pharmacist of the Year 2017 and the inaugural Royal Pharmaceutical Society Patient Champion 2017.

He actively works to increase public understanding of community pharmacies’ work and roles within the NHS whilst also highlighting ways to broaden access to the extensive expertise offered by the whole pharmacy team.

He has written a blog all about why he supports Pancreatic Cancer Action. Read it here. 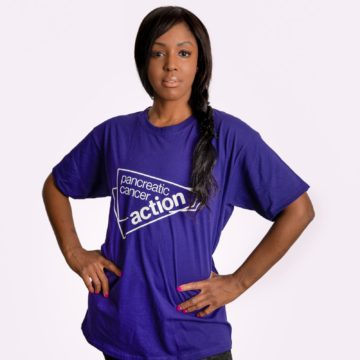 Shelly Palmer, from South London and is the founder creator of Fabulicious Fitness and Pancreatic Cancer Action’s Health and Wellbeing Ambassador.

She coaches women on how to be the best they can be in the skin that they are in and to live a healthy lifestyle. Working with them to level up in their fitness and all areas of their lives.

Shelly has been in the fitness industry as an teacher tutor and presenter for over a decade. And has also featured on television and is a presenter on Ultra Vision.

She will be creating bespoke workouts for PCA supporters so we can all stay fit and have some fun! We will be posting these soon!