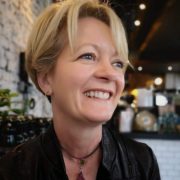 Nicola’s connection with Pancreatic Cancer Action is as a result of her Father being one of the very few and very lucky survivors of the disease having been diagnosed in 2000 and still going strong!

Mr Neville Menezes is a Consultant Pancreatico-biliary Surgeon and is one of the founder members and Trustees of Pancreatic Cancer Action. He is one of the medical advisors on the panel of doctors for ‘ Pancreatic Cancer Action’. He is appointed as the Consultant HPB Surgeon for the Surrey, West Sussex and Hampshire Cancer network holding Consultant posts at The Royal Surrey County Hospital NHS Foundation Trust in Guildford and Ashford & St. Peter’s Hospital NHS Foundation Trust in Chertsey Surrey.

His specialist surgical training was in the West of Scotland & The South Thames Deanery. He completed his FRCS from The Royal College of Surgeons, Edinburgh and thereafter pursued research & specialist training followed by an Intercollegiate FRCS (Gen. Surg.) in 2002.

His Pancreatico-biliary experience and research related to minimally invasive techniques for intractable pancreatic pain was acquired at the Lister Department of Surgery at the Glasgow Royal Infirmary working with Professor CW Imrie and his Hepatobiliary experience was acquired at King’s College Hospital in London. His Laparoscopic Training was at the Minimal Access Therapeutic Training Unit (MATTU) in Guildford.

He strongly believes that any improvement in pancreatic cancer survival will be related to and as a direct consequence of early diagnosis which is also the primary aim of our charity ‘Pancreatic Cancer Action’.

He is a great advocate of on-site cytology during ERCP & EUS diagnostic techniques and offers it to all his patients diagnosed with pancreatic and biliary cancers. 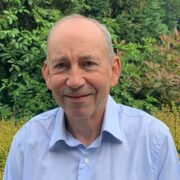 Stephen was appointed a trustee of Pancreatic Cancer Action in April 2017.

He is a qualified chartered accountant and worked in the financial services industry for over 30 years for a number of UK and international banks until his retirement in 2019.

Having known a number of close friends who have suffered from cancer he is a strong believer in the value of effective health education in helping early diagnosis and improving life outcomes and is very proud to be associated with a charity focussed on these objectives in relation to pancreatic cancer. 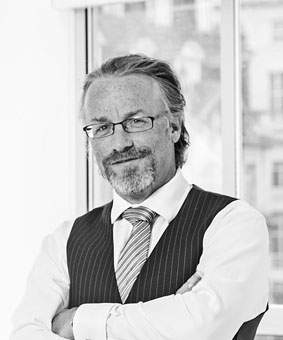 I lead the Life Sciences team at a leading firm of patent attorneys in London. In that role, I spend much of my time overseeing teams of specialists who assist innovator companies in developing and protecting novel clinical products. These companies range from large and long-established global companies through to smaller European biotech companies. My particular area of current focus includes biologics – in particular, therapeutic antibodies, complex immunological therapies like CAR-T, and stem cells. I received my degree in Biochemistry and DPhil in Molecular Medicine from the University of Oxford. My experience at the bench was spent investigating mechanisms of drug resistance in cancer cells.

Outside of work, I am an adrenaline junkie and spend much of my spare time trying to frighten my family and friends, sometimes also myself.

I became involved as a Trustee at Pancreatic Cancer Action following the death of a close friend from this awful disease. I hope to provide a link between the fund-raising activities of the charity and the process that decides how its funds can be spent most beneficially in line with the charity’s goals. 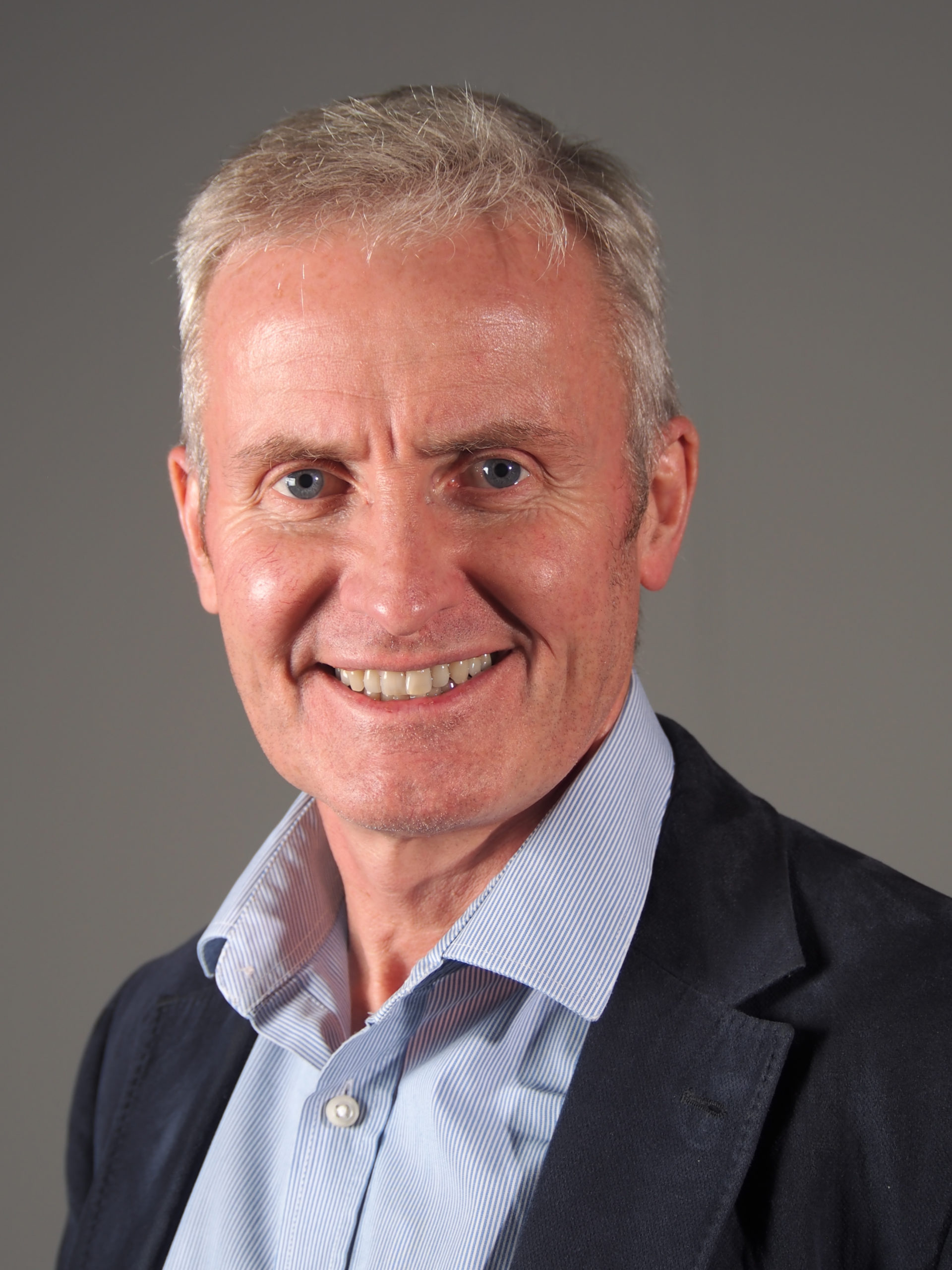 Mr. Ross Carter is a pancreatic surgeon based in the West of Scotland Pancreatic Unit in Glasgow Royal Infirmary. He is both former Honorary Secretary of the Pancreatic Society of Great Britain and Ireland and former Pancreatic Section of the British Society of Gastroenterology.

Aware of the advances in care and outcomes being driven through charities focused on many cancers, but with a clear absence of a UK pancreatic cancer charity, he became involved in the third sector during the formative years of PCRF, PCUK, and PCA; all based in the South East England.

With key differences between the National Health Service in England & Wales and that in Scotland, Mr. Carter recognised the need for a further pancreatic cancer charity; one focusing on the Scottish perspective. This charity could then implement core objective of raising awareness, advancing research, and improving healthcare standards for patients and carers, in the most effective way for Scotland; whilst working with sister charities on UK-wide projects.

Lou has 15 years of experience holding down influential positions, managing global marketing teams and shaping the course of some of the world’s leading digital advertising companies, including PubMatic, MediaCom, AOL/ The Huffington Post and Zenith. Five years ago, Lou founded ‘Wildflowers of London’- Women’s Circle, a social enterprise and events business focused on empowering women in South East London, where she resides. She fosters an inclusive culture across everything she does, champions women, drives change, and leads from the front with a positive and inspiring attitude.

Elspeth has been involved with PCS since the early stages of its development, providing clinical advice and guidance, participating in development activities such as the development of patient information materials and patient/carer support activities. 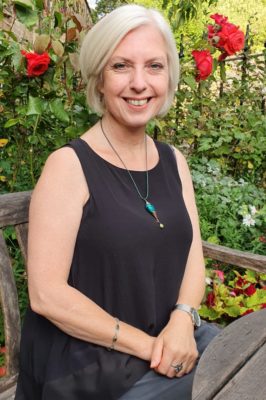 As a Trustee, Elspeth brings a unique insight to PCAS gained from working as part of the multidisciplinary team at the West of Scotland Pancreatic Unit, having many years of experience supporting patients and carers and providing professional leadership at a local, regional and national level.

Elspeths’ role as CNS/AHP Lead for the Scottish HepatoPancreatoBiliary Network (SHPBN) provides links to all Scottish CNS and allows opportunities for collaboration at a national level for PCA(S) activities. 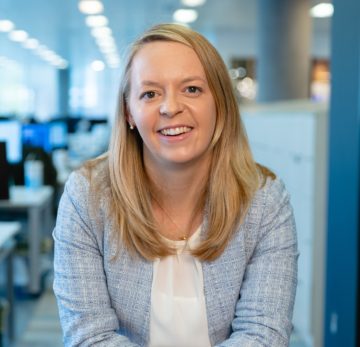 2021. She is a senior practice director with over 15 years’ experience working at Brands2Life, an award-winning marketing and communications agency, with purposeful brands such as Vodafone Group, Tetra Pak, and molecular diagnostics leader Hologic. Having lost a close friend to an aggressive form of colon cancer in 2020, Naomi is passionate about telling powerful stories to champion earlier detection and prevention of cancer. She is delighted to be helping Pancreatic Cancer Action achieve its mission of improving survival rates of pancreatic cancer.

Lisa Condron is the Group Community Secretary of London Stock Exchange Group plc, a position she has held since 2000.

Lisa has a degree in Law from Birmingham University and qualified as a solicitor in 1992 at Wragge & Co (now Gowling WLG).

Lisa was appointed a Trustee of Pancreatic Cancer Action in September 2019 and is also a member of the Finance and Governance Committee.