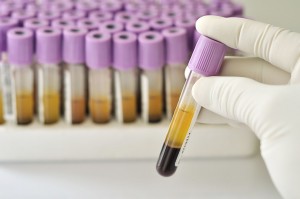 A recent study from the NYU School of Medicine in America has revealed new information about the ways in which pancreatic tumour cells grow and sustain themselves which could lead to future developments in treatment.

A large number of cancers, including pancreatic, feature a mutated protein, called Ras, which is thought to be a crucial element in cancer cell growth and proliferation. While these cells were known to have specific nutrient requirements, the way in which they obtained these nutrients was not properly understood prior to this study.

The research team, led by Cosimo Commisso, post-doctoral fellow in the Department of Biochemistry and Medical Pharmacology at NYU School of Medicine, has suggested that Ras cancer cells exploit a process called ‘macropinocytosis’ breaking up the protein albumin which the cancer cells can then convert to the amino acids necessary for growth.

Through examination of mice with pancreatic cancer tumours the researchers found that, by using chemicals to block the uptake of albumin by macropinocytosis, the tumours stopped growing and, in some cases, shrank considerably. Effectively, this caused the death of cancer cells simply by blocking the way in which nutrients are delivered to the cell.

These results could have wider implications for the treatment of pancreatic cancer as they suggest that the prevention of macropinocytosis in Ras cells could prevent the spread of cancerous cells without causing damage to healthy cells.

Note to patients: the study was based on mice and there has not yet been conclusive testing on human patients.