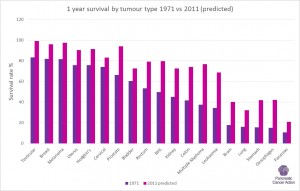 A study, published in The Lancet on 3rd December 2014 ((Quaresma, Coleman and Rachet, 2014 40-year trends in an index of survival for all cancers combined and survival adjusted for age and sex for each cancer in England and Wales, 1971 – 2011: a population based study. The Lancet http://dx.doi.org/10.1016/S0140-673(14)61396.9)) has shown that for most cancers, there have been substantial increases in both short-term and long-term net survival over the past 40 years – the exception being pancreatic cancer, which has shown no improvement in long-term survival (more than 5 years) since 1971.

The researchers from the London School of Hygiene and Tropical Medicine analysed trends in survival using population-based data for 7.2 million adults diagnosed with cancer in England and Wales during 1971 – 2011 and followed up to the end of 2012.

They found that for all cancers combined, for patients diagnosed in 1971-1972, the index of net survival (survival after taking account of death from other causes) was 50% one year after diagnosis. Forty years later, the index of survival after 10 years was predicted to be 50%. The survival index for all cancers combined was 10% higher on average for women than men at each interval since diagnosis and can be attributed to the vast improvements in breast cancer survival which accounted for nearly 1/3 of female cancers.

Looking at the trends in survival for individual cancers, the researchers were able to identify those cancers that have shown significant improvement and those where the prognosis is still very poor, including pancreatic cancer. Using a scatter-plot of the 1, 5 and 10 year survival rates, the researchers were able to identify three clear clusters:

In their paper, the researchers state that “For the cancers in this cluster that have seen no evidence of improvement efforts should be made to achieve earlier diagnosis and to focus on stricter guidelines for improved treatment such as increased use of surgery, radiotherapy with curative intent, neoadjuvant therapies or a combination of the three.” 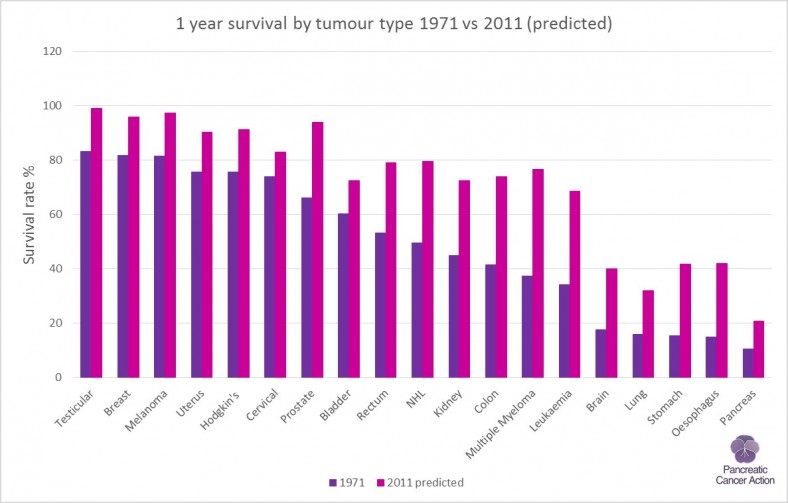 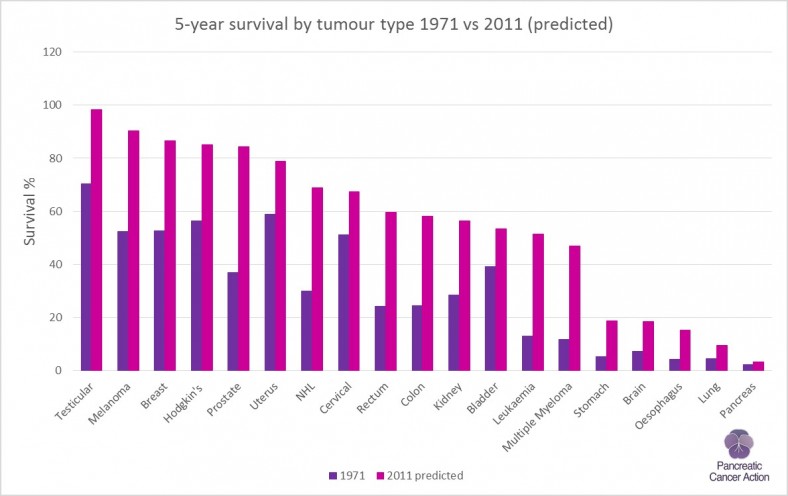 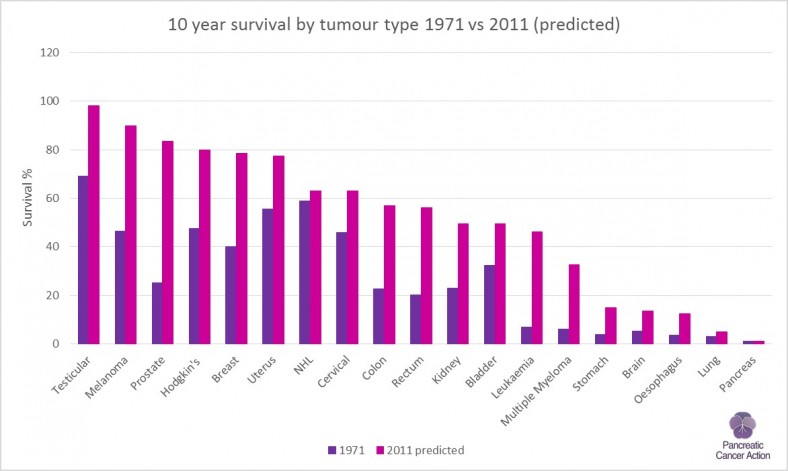