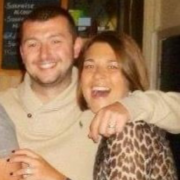 “Daniel was discharged, we made funeral plans, and I took him with our 14-year-old son to the nearest beach so he could see the sea one more time.”

Su Twin's tells her story about her husband Daniel.

My husband Daniel was a generally fit and healthy 40-year-old man who had a physical job and who played football at least once a week.

Towards the latter part of 2020 Daniel had a number of symptoms, including back pain, irregular stools, fatigue, and depression, although the depression had presented several months earlier, without other symptoms. He tried to see a GP on numerous occasions however our surgery refused to do face to face appointments due to Covid and eventually did a telephone call, not even an e-consult. Eventually Daniel was told they thought it was IBS and took buscopan, symptoms persisted. Daniel was unwell throughout Xmas and new year, barely able to eat. On 4th January 2021 I noticed Daniels colouring seemed to be yellowing on his face and the whites of his eyes, and whilst he had remained in work, when I noticed the jaundice, he went straight to A&E, as unable to see the GP for several weeks. Daniel was immediately admitted and over a 2-week period as an inpatient underwent tests, which were delayed due to covid, during which time his symptoms got progressively worse.

During his time as an inpatient awaiting diagnosis, Daniel spent time online and had already diagnosed himself, however towards the end of January almost 3 weeks after attending A&E Daniel was given the news, he had pancreatic cancer. We were offered a Whipple surgery and Daniel, having read up for hours on end on anything pancreatic cancer related, jumped at the chance. Daniel was discharged home to my care although barely able to walk etc at this stage, and in March was scheduled for his operation. On the morning of the operation, he was tested for covid, and he was somehow positive despite us isolating upon his initial discharge, showing no symptoms and a negative lateral flow that same morning. Daniel returned home and awaited a new date for an op.

In April 2021 Daniel finally underwent an almost 10 hour surgery, initially going for a Whipple, however during the time that had elapsed between scheduled operations the cancer had spread and wrapped around his vascular system and they completed a full pancreatectomy.

Daniel spent several weeks in recovery, learning how to live without his pancreas and his newly acquired diabetes.

Daniel waited for several weeks following this next discharge to understand how successful his operation had been. We were elated to learn the operation was a success, that the cancer was fully removed and that all of the 30 lymph nodes tested showed no spread. Daniel was given the all clear but advised to have chemotherapy to prevent any return. Within about 6 weeks Daniel started chemotherapy, a very aggressive kind consisting of 3 weeks on, 1 week off and he persevered through the tough regime with a new future on the horizon.

Unfortunately, in the fourth cycle Daniel became very poorly, unable to keep any food down, and began projectile vomiting a green substance. We went to our local hospital, Daniel was admitted after 10 hours in A&E, and within the week was told that the cancer had returned, was in his bile duct and stomach and as he was unable to retain food or water that he was being moved to palliative care. Daniel took the news so bravely; his only question was the golden one of ‘how long’. The oncologist said a matter of days.

Daniel was discharged, we made funeral plans, and I took him with our 14-year-old son to the nearest beach so he could see the sea one more time. What happened next was unbelievable, Daniel began to drink and eat again, and we made new plans and goals which he achieved, and we travelled further and further.

One night he ate an entire curry, so I called the cancer team, we met with his oncologist, he had a scan and was told that the tumour in the bile duct had moved slightly, which allowed the ability to eat and drink and as such they offered him some new chemo. He was clear that this was purely to give him extra time and would be a much lower dose and regime, Dan grabbed it with both hands. He sat through gruelling sessions (again alone due to covid) and on the 3rd session, when he arrived the nurse said his markers had shown a flair up again and the decision was made to end treatment and for the 2nd time in a year Daniel was discharged to the palliative care team.

This time we became outpatients of the local hospice, Daniel signed a DNR and again we made plans, set goals and he smashed them all. We started small and ended up travelling to Florida in February 2022 for half term, as this was our favourite place to travel to as a family before the illness; Daniel wanted to see his boy having fun in our favourite place one last time. In April of this year Daniels health began to rapidly decline and he was no longer able to leave the bedroom; in May he struggled to get to the toilet even with help and began eating less and less.

"they offered him some new chemo. He was clear that this was purely to give him extra time and would be a much lower dose"

On the 5th of June 2022, our darling Daniel closed his eyes for the last time, falling into a sleep and passing away surrounded by his closest family. I’d like to say the passing was peaceful, and to an extent it was, but Daniels nature was to fight and not let on how he was feeling so I know he was in a great deal of pain, often refusing his morphine or taking minimal doses, those last few days were the hardest I’ve ever had in my life, and I was merely an observer to his battle.

Daniel showed true bravery and courage and received little to no help from anyone. I feel he was hugely let down by the system in many ways, we all were.

Daniel leaves behind myself his wife together for 23 years, his now 15-year-old son, his parents, four much younger siblings and an enormous number of devastated friends. He truly is our hero, and we are only now, following his funeral, beginning to try to understand it all. How can we prevent people from succumbing to this silent killer, how do we educate primary health care providers to see the signs?

We are absolutely lost, devastated and quite frankly angry.