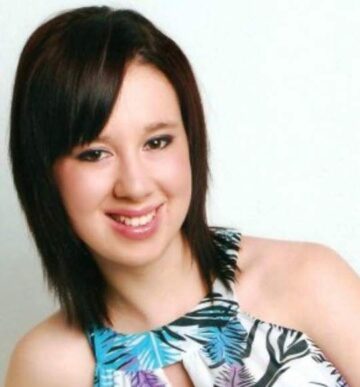 Today Kerry Harvey should have been celebrating her 27th birthday!  Sadly, after her diagnosis of pancreatic cancer in April 2013, she died in February 2014  aged just 24.  In just ten months, she did all she could to raise awareness of the signs and the symptoms of pancreatic cancer to ensure that at least one person was diagnosed in time for surgery – currently the only cure!

We remember a very special lady, who along with the late Andy Luck and Penny Lown, helped over 20 million people in the UK become more aware of pancreatic cancer.  Happy Birthday Kerry!

“I would say to anyone who feels something’s not right about their health that they should go straight to their GP.

“I put it off but the earlier it’s spotted, the more treatable it is.”

This is what Kerry Harvey said in August 2013.  Just five months before she had been diagnosed with inoperable pancreatic cancer.  Like most patients, she had never heard of pancreatic cancer before diagnosis.

Before her diagnosis, Kerry was enjoying life like most girls in their early 20s. Adored by her friends and family, in a happy relationship with her boyfriend and looking forward to her future, which like many other young women included dreams of getting married and having children eventually. She was also training to be a paramedic while working as an admin assistant in a hospital.

Sadly her life ended far too early when she died of pancreatic cancer on 22nd February 2014, aged just 24.  In the weeks leading up to her death, her beautiful face was seen in newspapers, magazines and social media across the world.  This was as a result of her participation in our hard-hitting advertising campaign.  She did this to raise awareness and ultimately save lives by encouraging people to go to the doctor if they suspected they had symptoms.

Just ten days before she died, when she was incredibly ill, she even appeared on ITV’s This Morning : https://www.youtube.com/watch?v=lomNCfQ27mY

Please help to take Action 4 Kerry by sharing her story and helping raise awareness like she was so determined to do.