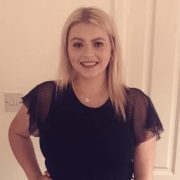 New Study on the Relationship between Aspirin and Cancer

Every Wednesday in November as part of Pancreatic Cancer Awareness Month, we are highlighting innovative cancer research in our battle to improve survival rates. This week we are looking at a new study on the relationship between aspirin and cancer.

Aspirin, also known as acetylsalicylic acid, is a medication used to reduce pain, fever, or inflammation. It is known for its blood-thinning properties and is commonly given to someone following a heart attack to prevent death. However, research has recently suggested that it is also useful as a complementary treatment for cancer.

Earlier this year academics at Cardiff University conducted a literature search over 118 observational studies where, in total, roughly a quarter of a million cancer patients had stated they were taking aspirin alongside their recommended cancer treatments (e.g. chemotherapy, radiotherapy). 18 cancer types were included in this study, including pancreatic cancer, and patients were asked about their experiences and survival rate was recorded. It was found that those who took aspirin throughout their cancer treatments were 20% less likely to die from cancer than those who did not. The basic reasons are not fully understood but it is believed that the blood-thinning properties of aspirin may be preventing the cancerous cells from spreading around the body.

With every medication, there are side effects and possible risks to taking aspirin, one of which is an increased risk of internal bleeding. Fortunately, this study found occurrences of bleeding to be very rare but something to be aware of if aspirin taking is considered.

Whilst promising, the results are far from conclusive. As the studies were observational, there is no control over the data that was included and no way to be certain that survival rates are accurate. Clinical trials are needed to confirm whether aspirin actually does improve cancer survival rates.

It is heavily stressed that if you have or suspect having cancer, you must not self-medicate using aspirin as much more study is needed. If you are considering aspirin taking alongside treatment for cancer, it is advised you discuss this with your GP or specialist care team before doing so.

For further information on this recent study, access the report here: https://ecancer.org/en/journal/article/1258-aspirin-and-cancer-survival-a-systematic-review-and-meta-analyses-of-118-observational-studies-of-aspirin-and-18-cancers