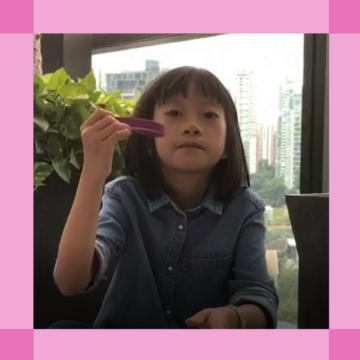 One of her teachers, Steve Dalgarno, wears a PCA wristband to school in honour of his mum. Audrey took a liking to the wristband because of the colour and kept asking if she could have one…

She hunted him down in the corridors.

And turning up outside his classroom at break and lunchtime….and asking!

So, Steve contacted her dad to ask if I could give her a wristband. He said she had been asking about the wristband to him and he would speak to her about it. 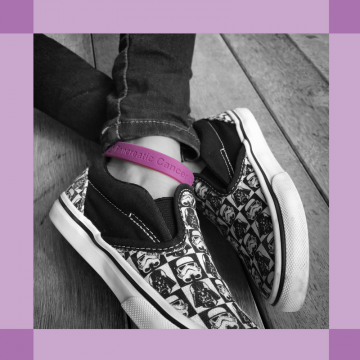 Audrey’s dad, Kenny Li, had researched Pancreatic Cancer Action and explained to Audrey about pancreatic cancer and the charity. He then came back to Steve saying that he could give her a wristband and that Audrey had decided she wanted to raise money for PCA.

I gave her a wristband and it was too big for her wrist…so she sat down, took off her shoe and put it on her ankle (that’s where she wears it)!!