What is public health and prevention? 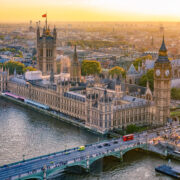 Public health is the science of preventing disease and helping the population to live as well as possible. Public health specialists work to understand diseases and act to help prevent them. In some places this may be working to prevent infectious diseases like Ebola. In other places, like the UK, the emphasis may be on other conditions such as cancer or diabetes. Examples of public health interventions are vaccinations and taxes on sugary drinks.

This green paper comes at a time where public health budgets have been cut over several years and there has been a change in prime minister, possibly leading to a change in priorities. Increases in life expectancy have slowed to a standstill in some groups and inequalities in health are growing.

What is in the green paper?

The government have used the green paper to lay out some targets for public health over the next ten years. These include the aims to make Britain a smoking free country by 2030 and to go further in reducing childhood obesity. There are also targets surrounding gene science. The government wants to screen more people for more conditions and use genetic testing to make this personalised.

Is the green paper a missed opportunity?

But many argue that the green paper is a missed opportunity and does not go far enough. The paper reports that 50% of the impact on people’s health comes from the social and economic conditions that they live in. This requires an approach that goes beyond the NHS and public health. Austerity, changes to the benefit system and cuts to social care have impacted peoples physical and mental health. These problems cannot be solved with simple solutions. The proposals in the green paper are not likely to be effective without broader changes across government departments known as “health in all policies.” The paper does acknowledge this and talks about changes to housing and transport. But it does not go into detail or discuss cuts to local government funds and public health services.

Pancreatic cancer sometimes occurs out of the blue and cannot always be prevented. If the government carries out measures to analyse the genomes of up to 5 million people, it could mean that more people are screened for the disease. This may help to increase early diagnosis.

Other areas of the plan could also affect pancreatic cancer. There are some factors that increase your chances of getting the disease and smoking is one of the most important. If the government could bring smoking rates down to zero by 2030 it could eliminate around a quarter of cases of pancreatic cancer that are thought to be caused by it.

Measures to reduce obesity may also impact pancreatic cancer. It is thought that slightly over 10% of cases are down to excess body fat. Measures to stop advertising to children and increase the accessibility of healthy foods could lead to a reduction in cases.

It is, however, unlikely that these measures will be effective without addressing the wider causes of ill health. These have led to the poorest people living shorter lives in worse health than the rich. In terms of pancreatic cancer, some groups are diagnosed later than others. This means that their cancer is more likely to have spread and affects their treatment options. Prevention needs to reduce this inequality for patients and give everyone the best possible chance of survival.