Caroline describes being diagnosed with having a rare neuroendocrine tumour on her pancreas, and her life after receiving surgery to remove it. 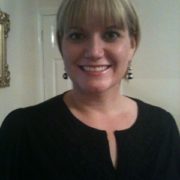 In August 2008 I turned yellow. That was the first sign that something was wrong. Up to that point I had been a very healthy, non smoking, rarely drinking 36 year old. With hindsight, looking back to the run up to that day, I had been feeling tired and had noticed that my stools had turned extremely pale.

I had also started to itch, incredibly uncomfortable itching, especially on the palms of my hands and soles of my feet. However until that Sunday morning when I looked into the mirror and noticed the corners of my eyes had turned yellow, I hadn’t taken much notice of these symptoms. I knew what the yellow eyes meant: Jaundice.

I had been told around the age of 12 that my kidneys were joined together on one side of my body and, although this had never caused me any problems and I had never received any treatment for this, the Jaundice worried me that there was maybe something wrong with my kidneys and they could be failing. Therefore off to A&E I went.

At first, the thought was that I probably had Gallstones and that one had got stuck in my bile duct and therefore the bile had backed up into my bloodstream and caused the Jaundice. However, my lack of pain was a worry as jaundice without pain is usually something to worry about. After running some blood tests I was admitted as my Liver Function Tests were abnormal, especially my Alkaline Phosphatase and Bilirubin levels. A couple of days later I was sent for an MRCP scan (similar to an MRI but which shows detail of the liver and bile ducts) and this indicated a blockage to my bile ducts, very probably a Gallstone. The relief was immense as I had already started to think cancer, either of my bile duct or pancreas. My family all thought this was more than a little far fetched but I just had a feeling.

The next day I was sent for an ERCP, not the most pleasant of experiences but one I was to have on many more occasions. The doctor indeed found a gallstone, disposed of this and the next day I was sent on my way with an appointment to see the Consultant in a couple of weeks. However, over the next couple of days it became apparent that although my stools had turned to normal, my jaundice seemed to be getting worse. On top of this I had started to get pain. This pain seemed to be very likely gallstone attacks and consisted of debilitating contraction like pains in my chest, nausea and vomiting. At my outpatient appointment the Consultant suggested that I see the Consultant Endoscopist again as I very probably had another gallstone stuck in my bile duct. I luckily got to see the Consultant the next day and was in having another ERCP a couple of days later. This time the doctor removed debris and informed me that I needed to have my Gallbladder removed very quickly as this was very likely to keep happening.

As I was waiting for my next outpatient appointment, I seemed to be getting worse and, on a whim, visited my GP. By this time I was quite distraught. I felt extremely ill, was having the gallstone attacks virtually daily and the jaundice seemed to be getting worse. I told the GP of my concerns that it was something a little more serious and received a laugh in response. However the GP did send me for a blood test. A couple of days later he rang me and asked how I felt. He then informed me that my Alkaline Phosphatase level was now off the scale, this is the Liver Function test which indicates a blockage in the bile ducts. Taking the information in, I decided to take the matter into my own hands and ring the consultant at the hospital directly to inform him of this. Unfortunately he was on holiday at the time but I spoke to his secretary who informed me that she would tell him this information when he got back.

After an excruciating wait and more than a few phone calls I received a letter from said consultant telling me that he was referring me the liver specialist as he was very unhappy with my blood test results and he wanted to me to be checked for an underlying liver problem. I had to go for further blood tests to see if I had an Autoimmune Liver Disease and waited another few weeks for the results. On seeing the liver specialist I was told that as all these tests had come back as negative, it had to be Gallstones. However, at the meeting I started to feel the now very familiar signs of a gallstone attack coming on. The consultant told me that I would need another ERCP to clear my bile ducts before my gallbladder could be removed. I was sent for an ultrasound the next day which again showed a blockage in my bile ducts.

Later that day I was rung by a doctor from University College Hospital in London (UCLH) who informed me that I had been referred to them for my third ERCP. Although this was extremely scary at the time and my mind run amok as to what they suspected was wrong with me, it turned out to be my saving grace as I met the wonderful Dr Webster. After my third ERCP in which he also inserted a stent to help clear my jaundice, he informed me that he had found a blockage which he thought was a gallstone, however despite numerous attempts he was unable to remove this or take any debris from it. So here started my many appointments, procedures and consultations at UCH over the next few months. During this time it was dropped into conversation that we could be looking at something a lot more serious than gallstones, however it was proving very difficult indeed to diagnose and the clinical opinion was mixed.

My biopsies were inclusive and internal scans and CT scans showed a blockage but it wasn’t clearly a tumour. Then the day came when at an appointment with Dr Webster he kindly told me that although they were unable to definitely diagnose me, the clinical suspicion was that I had pancreatic cancer in the head of my pancreas. The good news, if there could be any, was that it was no more than 2 cm and was operable. I was given the option of surgery, a Whipples resection or another round of tests to try and diagnose it properly.

After many months of worry and uncertainty I opted for the surgery. In April 2009 I attended UCH for my 8 hour operation. I came around in Intensive Care to be told that it was in their opinion cancer, however, they felt they had managed to remove all of this and had taken away 31 Lymph nodes to test for spread.

The next few days went by in a blur. The pain when they took me off the morphine drip was horrendous but after a couple of days, I was coping better. I was determined to get better quickly and in return was allowed home very early after 9 days. I did have to attend the hospital again the next day when my scar started leaking fluid but was allowed home again when the doctors were satisfied this was nothing to worry about. My recovery at home was trouble free and after a few weeks I was feeling much better.

At an outpatients appointment a couple of weeks after my discharge I was told the news that my tumour had been a neuroendocrine tumour, 2 cm and completely resected. Even better my lymph nodes were completely free of cancer. After a consultation with the Neuroendocrine Cancer Unit at the Royal Free Hospital, it was decided that I did not need any chemotherapy. However, I did need to undergo genetic testing to rule out MEN 1 syndrome which is a hereditary gene mutation which pre disposes you to neuroendocrine tumours in your pancreas, para thyroid and pituitary glands. As a mother of two this was extremely worrying but thankfully this was negative.

I am now nearly two years on since surgery. It sometimes feels like a lifetime ago. I can’t quite believe that it all happened to me. The worry of not knowing was the worst. Funnily enough, once I knew I was facing cancer, it was easier to cope with. My diagnosis of a neuroendocrine tumour is extremely rare especially at the age of 36, but as it is a slower growing and less aggressive cancer than the more common pancreatic ductal adenocarcinoma, I have a much better chance of survival and non recurrence.

I can’t say I have ever learnt to accept it, I don’t know why it happened to me and never will. However without the wonderful care and expertise of the the medical staff at UCH I would have been in a much worse position today. Dr Webster never gave up on me and Professor Malago my surgeon was outstanding. I am one of the very few, very lucky ones, I survived and I plan on that continuing. The after affects of surgery have been few. I do not need to take any medication and eating is relatively trouble free. I have lost weight and cannot eat as much as I used to, get fuller quicker and sometimes feel a little nauseous after eating but this can be few and far between.

My last CT scan and blood tests showed no evidence of disease and I am due my next CT scan in 8 months time. My life, however has changed considerably. My husband and I have separated. Although a very kind and wonderful man, my illness highlighted problems within our marriage and we split 7 months ago. However, my illness had a completely wonderful and surprising affect on my life also. Determined to be happy and live life to the full, I am now in a relationship with the love of my life, an old boyfriend that I hadn’t forgotten for the last 18 years. We plan in spending the rest of our long and very happy lives making up for lost time.