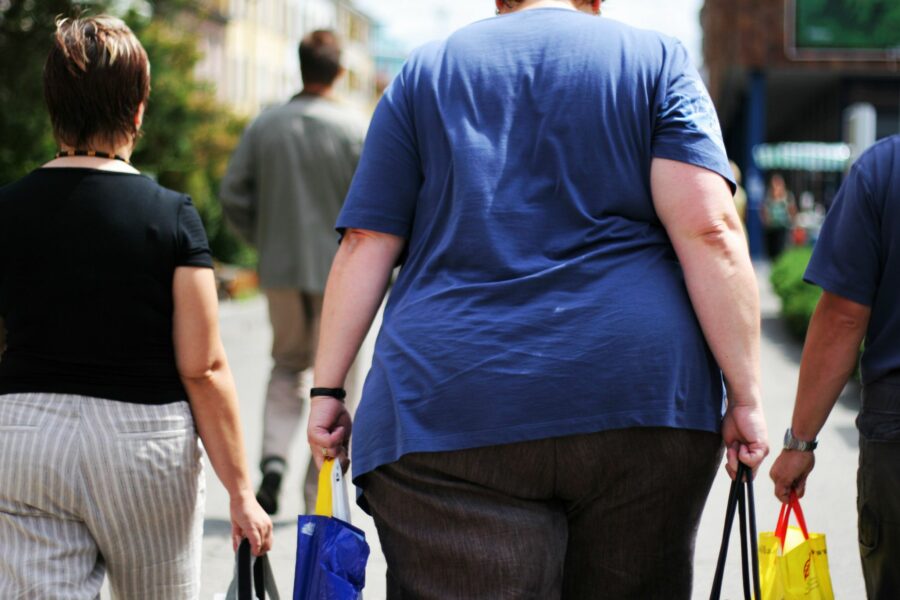 You may have seen in the news today that the ‘obesity epidemic’ could lead to an additional 670,000 cancer cases over the next 20 years, including pancreatic cancer.

The study, by Cancer Research UK and the UK Health Forum ((Tipping the Scales Report)) has predicted that by 2035, almost three in four adults will be overweight or obese. They pointed out that there are 10 cancers that have obesity as a key risk factor for contracting the disease, including pancreatic.

So, how does obesity increase pancreatic cancer risk?

The fat tissues in overweight people produce more hormones and growth factors than those in people of a healthy weight. High levels of some of these hormones, including insulin which is produced in the pancreas, can increase the risk of certain cancers including pancreatic cancer.

A study in 2011 estimated that around 12 per cent of all pancreatic cancers in the UK are attributable to overweight and obesity ((Parkin et al., (2011) The fraction of cancer attributable to lifestyle and environmental factors in the UK in 2010. British Journal of Cancer 105, S77 – S81))

A study in 2008 ((J. Lou et al., (2008) Obesity and the risk of pancreatic cancer among post-menopausal women: the Women’s Health Initiative (United States) British Journal of Cancer 99: 527-531)) found that obese women who carry most of their excess weight around the waist rather than hips are “70 per cent more likely to develop pancreatic cancer.”

Where you carry your weight is important…

The same study confirmed that carrying your weight around your middle (have a high waist-to-hip ratio) increased risk. It found that pancreatic cancer risk increases by 11 % per 10cm waist circumference increase and by 19% per 0.1 unit waist-to-hip increment.

This study also found that there was an increased risk of pancreatic cancer in both men and women who have a BMI of 25 but that risk was more pronounced in those with a BMI of 35 or greater.

Pancreatic cancer risk increases by 10 per cent for a five-point increase in BMI.

Want to know if you have a healthy BMI? Use the NHS BMI Healthy Weight Calculator

How this will impact pancreatic cancer numbers…

With the rise in obesity, we will see an increase in the incidence of pancreatic cancer over the next 20 years and obesity has the potential to overtake smoking as the biggest environmental risk factor for pancreatic cancer.

In fact, Globocan ((Globocan)) data predicts an increasing incidence to nearly 12,000 cases per annum by 2030. The current incidence is 8,880 – so we are looking at an increase of 35% in 14 years. This is a serious issue because with more people likely to contract pancreatic cancer in the future, unless we make urgent steps to improve early diagnosis, we will see a corresponding increase in the numbers of people dying from pancreatic cancer – which is tipped to become the 4th biggest cause of cancer death in the UK by 2030.

The positive take here is that obesity is something we can all do something about. We don’t need to be stick thin, but we do need to maintain a healthy weight to help prevent us contracting potentially life threatening conditions such as cancer and heart disease. 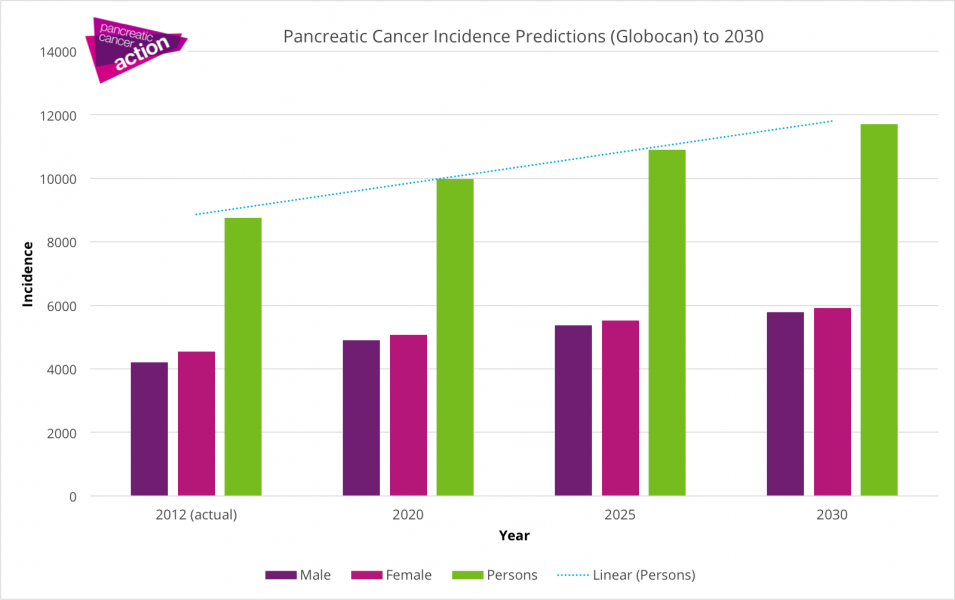