Nick, who has been a patron for the charity since 2015, has lost a number of loved ones to the disease, which is why it is a charity he holds so close to his heart. 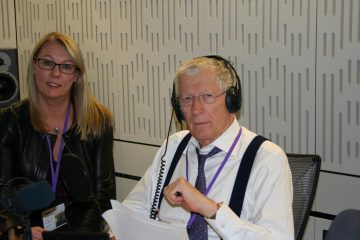 Nick says: “It’s a terrible disease, which is bottom of the heap in terms of research and by the time it is diagnosed it’s often too late.

“While no early detection for pancreatic cancer exists, early diagnosis is the key to improving survival rates, and this is why I wanted to do this appeal on behalf of Pancreatic Cancer Action.”

Everyday 26 people are newly diagnosed and 24 people die from pancreatic cancer, which is unsurprising considering that the survival rate is just 5%, which is the lowest of all 22 common cancers.

Pancreatic Cancer Action is committed to working towards improving early diagnosis of the disease so that surgery, currently the only cure, is made available to patients.  The charity fund research into early diagnosis, provide medical education programmes, and launch awareness campaigns to raise the profile of the disease.

Pancreatic Cancer Action hopes that the BBC Radio 4 Appeal will raise valuable funds to help the charity continue their mission to increase survival rates through earlier diagnosis of the disease.

Ali, CEO and founder of Pancreatic Cancer Action says, “We are so delighted that Nick will be presenting our Radio 4 Appeal. He is an active and cherished patron of the Charity.  We’d like to say a huge thank you to him, and hope that the public will  help support us and tune to listen to the appeal and donate as a result.”

“We receive no government funding and rely solely on the generosity of the general public. This is so we can tackle the problem of late diagnosis, which is one of the reasons why pancreatic cancer survival rates have barely changed in 40 years.” 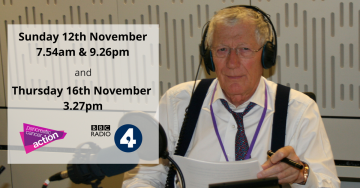