Nick Hewer is the new patron of Pancreatic Cancer Action 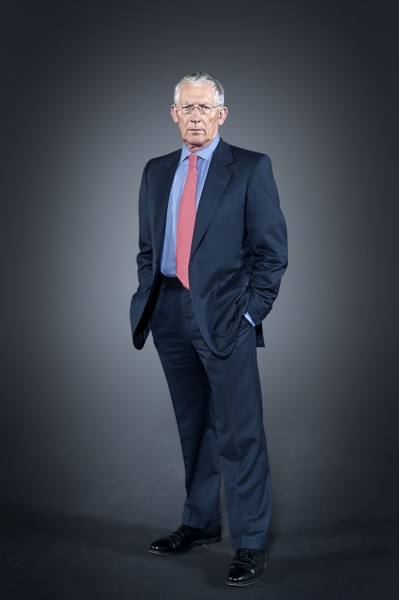 Pancreatic Cancer Action are thrilled to have popular TV personality and businessman Nick Hewer as their new patron. The former Apprentice advisor and presenter of Channel 4’s Countdown will help to promote the pancreatic cancer charity which exists to save lives through early diagnosis of pancreatic cancer.

Nick first met Ali Stunt, chief executive and founder of Pancreatic Cancer Action, when he was the guest speaker at a House of Commons event held by the charity in November 2012. Nick was then re-introduced to Ali this year by his friend Larry Rees who sadly faces a terminal diagnosis of pancreatic cancer.

Mr Hewer said: “I am very pleased to become patron of Pancreatic Cancer Action. After meeting Ali, I was hugely impressed by the charity’s approach and ambition.

“I’m aware first hand, through the loss of a family member and a number of close friends, of the devastating impact of a pancreatic cancer diagnosis, and I know that so much more needs to be done to improve survival rates for patients. The charity is determined to achieve this by focussing on early diagnosis and making the public and medical community more aware of the symptoms and risks.”

The charity was established by Ali Stunt in 2010 who is a rare survivor of pancreatic cancer. Ali was diagnosed with pancreatic cancer in 2007 aged just 41. Having never heard of the disease before her own diagnosis, and realising how lucky she was to be one of only 4% who survive, she set up the charity to improve outcomes for future pancreatic cancer patients.

In 2014, Pancreatic Cancer Action hit the headlines when they launched their award-winning “I wish I had…” campaign, which featured real patients saying that they wish they were diagnosed with a cancer that would offer them a better chance of survival.

Ali Stunt said: “We are honoured to have Nick Hewer as our new patron. His high profile and determination to support us will help us make more people aware of the symptoms of pancreatic cancer enabling diagnosis in time for life-saving surgery, which is currently the only cure.”

“Nick’s support will be key in helping us to raise awareness of the disease and the vital work we do and we look forward to working closely with him.”

“Every day we hear from people who have lost someone to this disease and it highlights how vital our work is. With Nick’s support, we will reach more people and ultimately get more awareness out there.”

Pancreatic Cancer is the UK’s fifth biggest cancer killer and 24 people die a day from the disease. The 5 year survival rate is just 4%, a figure which has barely changed in over 40 years. Most pancreatic cancer patients are diagnosed too late. Pancreatic Cancer Action is determined to get more patients diagnosed early and in time for life-saving surgery.