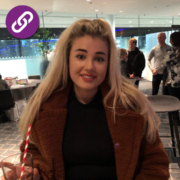 This Cycle to Work Day, we caught up with PCA supporter Ted Gomm who is currently undertaking a staggering year-long 4,500-mile biking challenge known as his “Quarter Earth Challenge” to raise money for Pancreatic Cancer Action.

Ted has always been a keen cyclist for many years and discovered modern mountain bikes around 25 years ago. Since retiring, Ted has done even more cycling, setting himself annual goals starting with 2,000 miles and increasing each year. 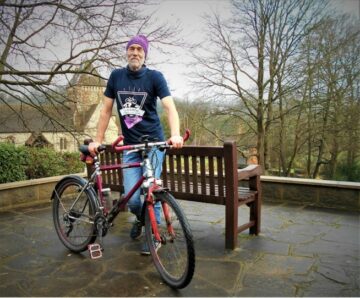 For his latest challenge, he has set himself a goal of 4,500 miles with 80% of this being off-road cycling. This challenge is in a bid to raise vital funds for PCA to help raise awareness of pancreatic cancer and aid early diagnosis.

By the end of July, Ted was already expecting to reach 3300 miles and to complete a further 400 miles per month- in order to reach his full 4500 miles by the end of October.

Ted enjoys cycling as he is in his own words ‘inherently lazy’ doesn’t enjoy sport and gets bored easily. He has also found cycling to be very social, he has at least two trips out per week to tearooms meeting up with other cyclists and friends. This has been incredibly beneficial as he suffers from mental health issues and PTSD. Cycling has given Ted the motivation to get out and exercise as often as he can whilst doing something that he enjoys.

Ted chose to support Pancreatic Cancer Action after sadly losing three close friends (Alison, Chris and Pat) to pancreatic cancer. He wanted to do something positive and supporting a local cancer charity and focusing on early diagnosis seemed the obvious solution. His one-year cycle challenge was suggested to him by a fisherman friend whilst out cycling along the Basingstoke Canal.

Ted says he is generally a very chatty person who is happy to stop and chat with anybody, he doesn’t enjoy asking for sponsorship but will occasionally bring up his challenge and has since found excitement when seeing donations come in.

Ted knows the sense of achievement in completing his year-long cycle challenge will stay with him for a long time whilst helping to support PCA along the way.

You can follow Ted’s journey via his Just Giving page.

There is a range of ways you can help to support PCA this National Cycle to Work Day, whether it’s trading your car for a bike or taking up a sponsored cycle ride, it’s something the whole workplace can take part in. Find more fundraising initiatives here!