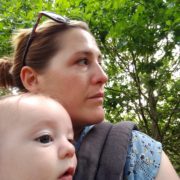 Hannah and Family Walk 25k in memory of Dad

Hannah McQuade and her family set off on a 25km walk across the Cotswolds in memory of her dad, who she sadly lost to pancreatic cancer last year, just 10 days after diagnosis. 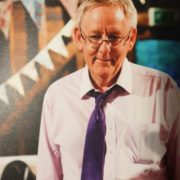 “I’ve chosen to walk 25km in the Cotswolds because I grew up in Gloucestershire (the starting point for the walk is opposite my old school!) and it is where my parents lived until they moved to Essex when my dad retired to live closer to me and my children. Therefore, this location is meaningful to me and full of memories of us being together as a family.

My father was only diagnosed with cancer 10 days before he passed away, so it was a horrendous shock for everyone. No treatment was available as his cancer was so advanced with secondaries in many places. His GP thought that he had a gastrointestinal problem when he began to feel unwell in December 2019, he lost a lot of weight rapidly as he had completely lost his appetite and was complaining of constant nausea. Based on what we were told, we thought that he would recover in a couple of months. However, on 2nd January my mother insisted that he return to the GP as he did not appear to be getting any better and he was admitted to hospital later that day. A CT scan a day later showed that he in fact had terminal pancreatic cancer. End of life planning was discussed but his condition deteriorated too rapidly for him to be discharged home.

I was 9 months pregnant with my son at the time. He was born 4 days after my father passed away. We changed the name we had planned for my son so he could have Peter as one of his middle names, as this was my father’s name. 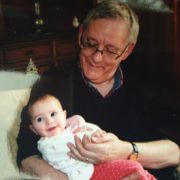 I have two older daughters, Nell, who is 6 and Immy, who is 3, that my father absolutely doted on. He was a very kind hearted and generous man. He loved spending time with the children, reading them stories and playing trains with them.

He was so pleased when I told him I was pregnant again. I really wish he had gotten the chance to meet Oscar before he passed away.

My grandfather also died of pancreatic cancer in 2003 and I feel that if my father’s symptoms had been recognised earlier perhaps he would have been able to enjoy his retirement, spend more time with his grandchildren and meet Oscar too. He was 67 years old when he died.”