An international team of researchers, led by Ravid Straussman from the Weizmann Institute of Science, Israel recently published promising indications in ‘Science’ that certain bacteria found in pancreatic tumours could be preventing the chemotherapy drug, ‘gemcitabine’ from working. [1]

The researchers found that a certain groups of bacteria sometimes contain a form of a gene that produces a particular form of cytidine deaminase (or CDD for short), which is an enzyme (a type of chemical found in the body that breaks down other chemicals) which breaks down the chemotherapy drug gemcitabine making it ineffective at killing the cancer. Their findings also suggest that the bacteria can be destroyed by antibiotics, and that treating a patient receiving gemcitabine with antibiotics, at the same time, makes the chemotherapy treatment more likely to be effective. 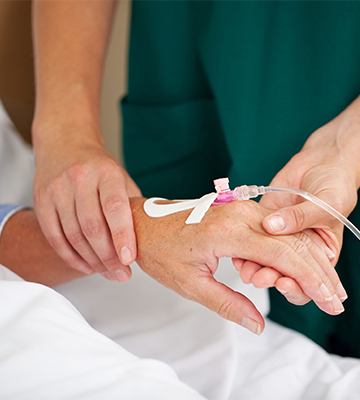 The bacteria can be found inside pancreatic cancer tumour cells. The team first had to prove this. Once that was done they tested whether there really was a link between resistance to treatment with gemcitabine and the bacteria containing the specific CDD gene. The team carried out laboratory work to test this. They found that gemcitabine given with antibiotics was better at destroying cancerous cells, which increased survival rates.

Where does this lead?

We must remember that it’s still early days with this research. Trials in humans have not yet been carried out. So far the researchers have only found one specific gene in one group of bacteria that produces the CDD enzyme that breaks down gemcitabine. There are also many other reasons why chemotherapy treatments may not work. That been said it would be easy and cost-effective to adopt as a treatment practice.

This approach risks creating antibiotic resistant bacteria. The lead researcher hopes that this problem will be overcome by developing other drugs that target the CDD enzyme that prevents gemcitabine from working.[2]

The research team are now hoping to carry out work with other drugs used to treat cancer.

It is good to see this research, we hope research like this continues to make other important discoveries, which help improve the quality of treatment that pancreatic cancer patients receive.