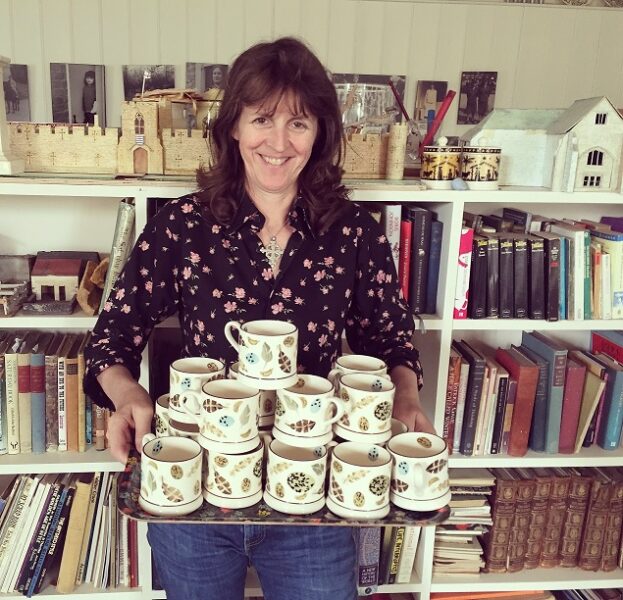 Iconic British pottery designer and manufacturer Emma Bridgewater has thrown her support behind a pancreatic cancer charity by designing a bespoke Over the Hills and Far Away tea set.  The set, which includes a one-gallon teapot and 20 mugs, is currently being auctioned on eBay to raise funds for UK Charity Pancreatic Cancer Action that exists to save lives by driving early diagnosis of pancreatic cancer.

The tea set was designed to commemorate the 125-mile charity walk completed by Rupert Lycett-Green in memory of his wife, and Emma’s dear friend, Candida Lycett-Green, who died of pancreatic cancer in August 2014. 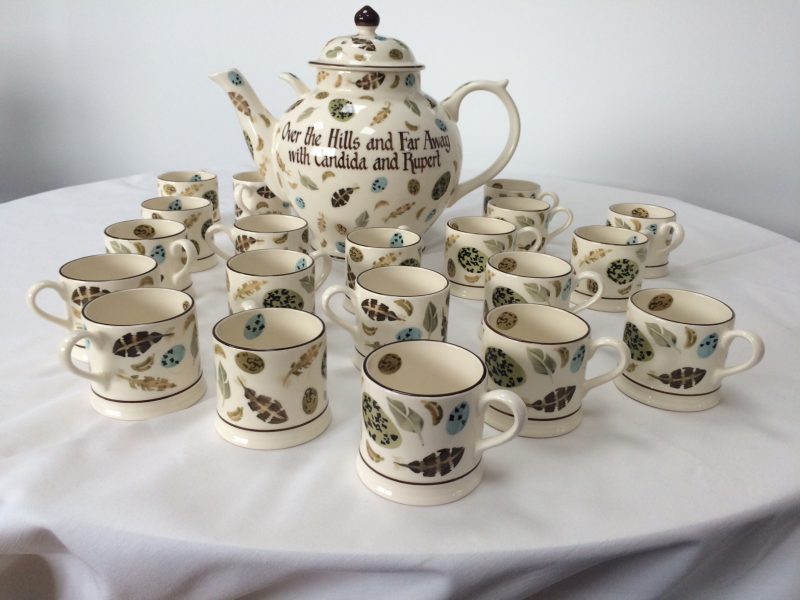 Emma said: “Rupert Lycett-Green’s extraordinary walk in memory of his wife, my very dear friend and hero Candida, was an inspiration. Walking behind him striding out high over the moors evoked most powerfully Candida’s passion and love for the English countryside and her work to protect it.

“Her earlier ride and Rupert’s walk across the top of England have raised money and awareness of this cruel form of cancer and I am so pleased to have been involved with this marvellous project.”

Rupert said: “Beautiful, funny and kind, Candida braved it out for nine months after she was told she had the disease. Before her death, Candida raised money for Pancreatic Cancer Action with our daughter Imogen saying that pancreatic cancer was “the Sheffield Wednesday” of tumours due to how little research funding was spent on the disease.  This is why I wanted to do something to continue her campaign for more funding and awareness of the disease.”

Pancreatic Cancer Action, which focuses on improving the survival rate of the disease – it has remained at just four percent for 40 years – by working towards earlier diagnosis of the disease so that surgery, currently the only cure, is made available to the sufferer.

Ali Stunt, Founder of Pancreatic Cancer Action, said: “We are very grateful to Emma Bridgewater for producing these lovely pieces of pottery for our charity.

“As a charity, we rely on the generosity of individuals to help us continue our vital work. The funds raised will enable us to continue research into early diagnosis and raise awareness of pancreatic cancer.”

You can bid on the teapot and mugs by visiting http://www.ebay.co.uk/itm/Emma-Bridgewater-collectors-gallon-teapot-and-20-mugs-/282062232051