In October 2017, active 70-year-old Colin Henderson, from Northern Ireland, was stunned to receive a pancreatic cancer diagnosis. Shortly after his diagnosis, he received a 5-hour whipple operation and chemotherapy treatment which finished in June 2018.

Unfortunately, Colin lost a friend, Bill, to pancreatic cancer which made him aware of the signs and symptoms of this unforgiving disease and inevitably lead to his early diagnosis. Colin’s life was saved due to this early diagnosis and awareness of the symptoms – for him, dramatic weight loss among others.

In April 2017, Colin’s daughter Jenny was diagnosed with breast cancer and was operated on – she was able to finish her follow up treatment, but she also sadly suffers from Fibromyalgia which has a major impact on her life.

To make a difference, Colin is undertaking a significant challenge, cycling 400km in 24 hours around Northern Ireland. He is hoping to raise awareness as well as vital funding for ourselves here at Pancreatic Cancer Action as well as Pancreatic Cancer Research Fund and Fibromyalgia Action UK. Colin is also embarking on this challenge to pay tribute and remember his late friend, Bill, who lost his life to pancreatic cancer. 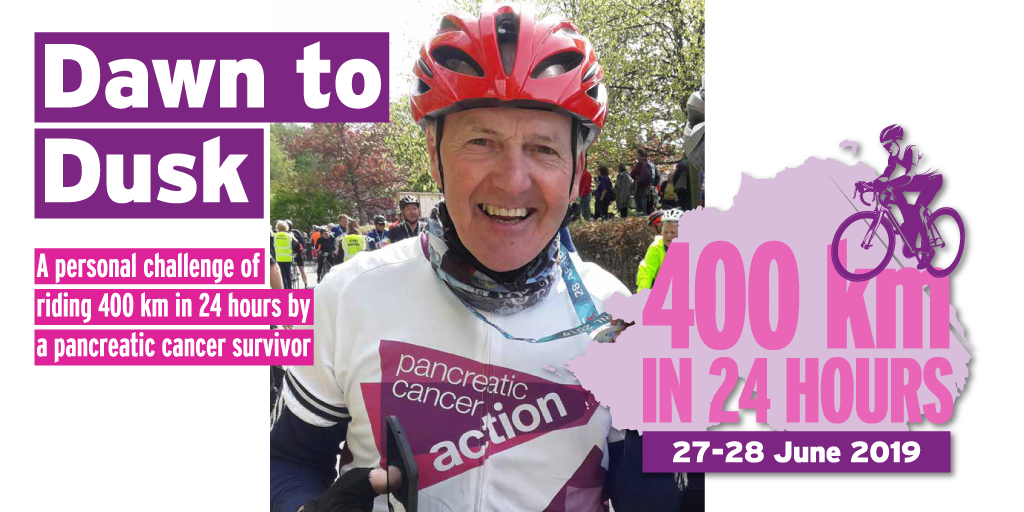 We wish Colin all the best with his challenge and can’t thank him enough for representing such worthy causes throughout his training and this huge event!