Charity of the Year Finalist at Communique Awards 2016 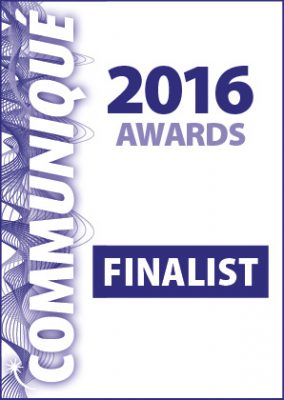 At Pancreatic Cancer Action, we’re thrilled to have been one of the finalists at the Communiqué Awards for Charity, Patient or Professional Association of the Year.

The Communiqué Awards recognises and commends excellence and best practice in healthcare communications.

Being shortlisted for the award was in recognition of our awareness-raising activities in 2015, which used a variety of tactics to raise awareness of pancreatic cancer and campaign for the reintroduction of a life-extending drug on to The Cancer Drugs Fund.

Communique recognised that some incredible results were achieved in 2015, including being featured on Channel 4’s headline news on 4th November and 17,000 downloads of our Pancreatic Cancer twibbon.

The judges said: “The work generated by this charity showed lots of positive coverage and led to some really tangible outcomes. They had a coherent strategy, employed a wide range of tactics and made truly good use of real stories in their media relations work.”

Although we didn’t win at the awards on 7th July, we were thrilled to be selected as a finalist.

We’d like to say thank you to all the patients, supporters, media and politicians who supported our campaign and made it possible.