We are so grateful to our Patrons and Ambassadors and community volunteers for supporting this campaign! It is fantastic to see some new faces supporting Pancreatic Cancer Action too, helping us to really raise the profile of the disease.

Dr Ellie is GP ambassador for Pancreatic Cancer Action, media doctor with a health column in theMail on Sunday and regular appearances on Sky News.

Ellie has acted as a spokesperson for PCA through Pancreatic Cancer Awareness Month and uses her twitter channel to consistency raise awareness.

You can read more about why Ellie Cannon supports PCA here. 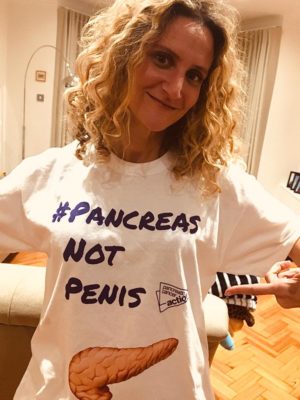 Nick Hewer is a businessman and popular TV personality appearing on programmes such as The Apprentice and presenting Countdown. Nick  became a patron of Pancreatic Cancer Action in 2015 and we are delighted to have his support this Pancreatic Cancer Awareness Month and World Pancreatic Cancer Day on his Twitter and at Waterloo Station. 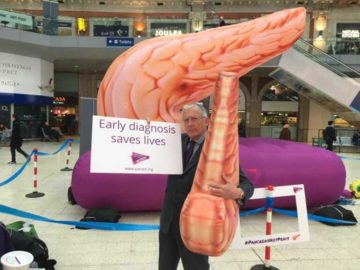 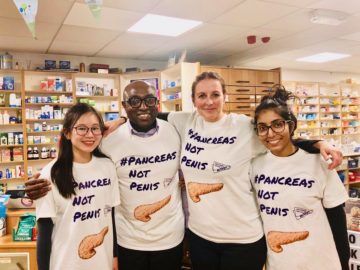 Mathew is a personal trainer, online coach, model and presenter with a passion for getting people healthy and fit. He is also a type 1 diabetic and says:

“Diabetes has taught me to have patience, a greater understanding as to what I’m capable of when I look after myself and an appreciation of what it is to lead a healthy balanced life.”

Mathew has shared our campaign and pancreatic cancer symptoms with his 49.7K Instagram followers raising a huge amount of awareness! 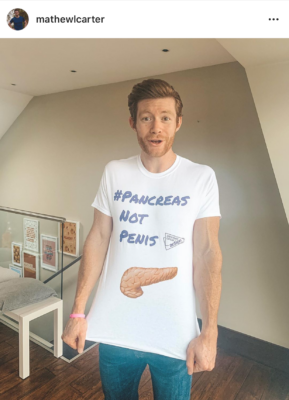 Jon is a singer, actor and presenter and first appeared on our screens in  ITV’s Superstar, which was Lord Andrew-Lloyd Webber’s search for Jesus Christ Superstar. 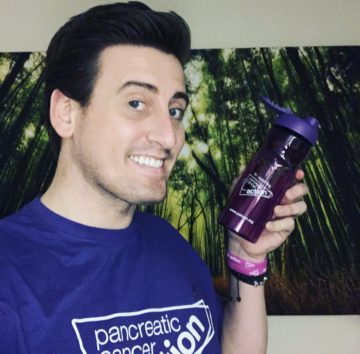 Jacob is a social influencer with 136K YouTube subscribers and over 62K Instagram followers. By wearing our #PancreasNotPenis t-shirt Jacob has helped us spread our message across a younger generation.

This is incredibly important as our recent survey shows that only 9% of 18-25 year old know a lot about pancreatic cancer. What’s more 72% could not name one symptom with certainty. 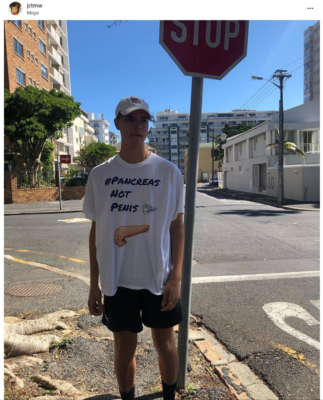 Shaun was diagnosed with pancreatic cancer when he was just 44 but was thankfully diagnosed in time the Whipple operation to remove the cancer.

Shaun is now cancer free and is dedicated to raising awareness of the disease so that others can have the same outcome.

Gill Craig was diagnosed by chance in time for life saving surgery. Gill was worried about a lump in her breast so she went to the doctors where she found out that she had not only breast cancer, but pancreatic cancer as well.

Gill was treated for both cancers has now recovered. She is a dedicated supporter of Pancreatic Cancer Action and raised awareness wherever she can! 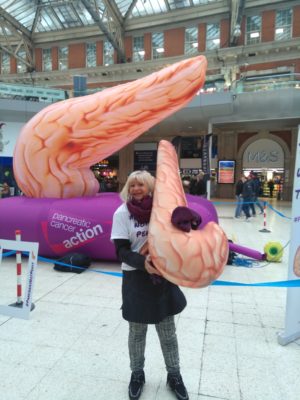 Dr Hilary is a GP and Patron for Pancreatic Cancer Action. He is also a TV doctor and medical broadcaster. Dr Hilary has been supporting PCA through the month on his Twitter.

You can read more about Dr Hilary here.