On Tuesday the 5th of December, Ellen, PCA’s Health Information Officer, attended the Britain Against Cancer conference 2017, England Cancer strategy: Delivering Outcomes by 2020, which was held at Westminster. It was the 19th annual event hosted by the All-party parliamentary group on cancer (APPGC). 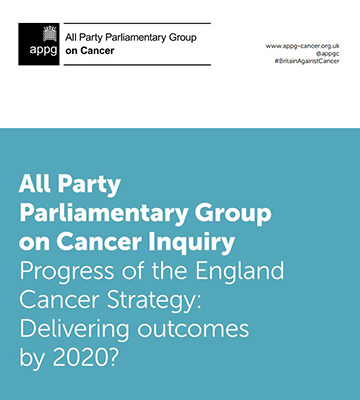 Britain Against Cancer (BAC) conference was an opportunity for the cancer community to come together to discuss, learn and exchange ideas to ensure that cancer outcomes can keep improving and to discuss the APPGC inquiry report; which suggests there will be a struggle to meet the objectives set out in the Cancer Strategy unless corrective action is immediately taken.

The conference involved an exhibition with stalls from third, and private sectors as well as the NHS and provided an opportunity to meet and network.

Additionally, talks were given by:

These speakers gave their perspective on the progress made of the England cancer strategy and the APPGC report, as well as talking questions from the audience. 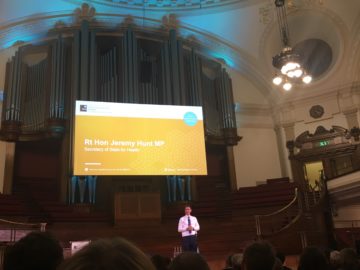 There was also a discussion from an expert panel discussing whether ‘Are we on track to achieve world-class cancer outcomes by 2020?’. There were mixed opinions on whether this was achievable, with Jon Baron MP (Chair of the APPGC) and Joanne Taylor (patient advocate), saying this would be unlikely; work force was often mentioned as a problem. In relation to early diagnosis despite the developments in cancer research, without a specialist team to implement this, the utility of diagnostic techniques is restricted. The realising of the committed additional £200 million funding was also mentioned.

However, there were some who disagreed with Dr Afsana Safa (GP, and clinical lead in North west London), Jo Lenaghan (Director of strategy, Health Education England) and Professor Sean Duffy (clinical lead) all saying that we have made some positive progress in the last year and that cancer care in England is beginning to get up to other western countries standards.

The conference also held nine different BAC talks about current trends and challenges in the sector.  I attended:

Rare and less common cancers: the patient perspective on strategy and delivery organised by Cancer52.

The first talk was very moving including a lady bravely speaking about how she had lost her husband to pancreatic cancer just 33 days after diagnosis.

This workshop was a great opportunity to understand the different structures in our health care system. Further it showed me how despite coming from different backgrounds with slightly different knowledge sets, we were often in agreement on how to engage with the key institutions.

Overall, there appeared to be a slightly negative outlook on the progress that the cancer strategy has made in England, as although cancer survival rates have increased in the last year, they still fall behind other western countries and England still has one of the worst one-year cancer survival rates in Europe.  Early diagnosis, as we at Pancreatic Cancer Action know all too well, was identified as they key issue and the 62-day cancer waiting time target. The 62-day cancer waiting target has started to be met for the first time. However, there was concern there has been too much focus on the short-term fix of trying to meet this 62-day target as ‘quick win’ and consequently has led to deprioritisation of other cancer strategies for improving early diagnosis and living with and beyond cancer.

When quizzed about this, Jeremy Hunt answered that if a member of his family had cancer now he would want them to be seen in this time frame.

However, although there was a general consensus of concern of the progress made in tackling low survival rates of cancer in England, some progress has been made, and importantly the reminder of how there is passion and commitment for progress from a broad spectrum of stakeholders, including patients, patient representatives, parliamentarians and clinicians, who all want to fight this up-hill battle that we face to improve cancer outcomes.

What you can do to help?

We thank you for your continued support.