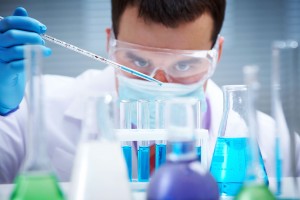 The chemotherapy agent Abraxane® (nab-paclitaxel) in combination with gemcitabine has now been licensed in the UK and Ireland for treating metastatic pancreatic cancer. The drug, which costs £8,000 per year will be immediately available for private patients but not for those treated in the NHS.

Recent clinical trial data showed that nab-paclitaxel in combination with gemcitabine demonstrated an increase in overall survival of 2.1 months (from 6.7 months to 8.5 months) when compared to gemcitabine alone. What was also important was that one-year survival rates rose from 22 per cent to 35 per cent and two year survival doubled from 4 per cent to over 9 per cent.

The Cancer Drugs Fund (CDF) which provides an additional £200m each year to enable patients to access drugs that are not routinely funded by the NHS will be deciding next month whether to fund the use of Abraxane by the NHS for patients who need it. We at Pancreatic Cancer action certainly hope this will be the case:

Ali Stunt, Founder & Chief Executive of Pancreatic Cancer Action said; “It’s been a long wait for a new therapy to offer pancreatic cancer patients with advanced disease a survival advantage over the current standard of care. We hope the Cancer Drugs Fund will make the right decision to allow access to this treatment for patients in the NHS.”

Abraxane with gemcitabine will be appraised by the National Institute for Health and Clinical Excellence (NICE) for its routine use in metastatic pancreatic cancer. The consultation period required means though that it is unlikely we will see a decision being made before the autumn. In the meantime, the only hope that NHS patients can access this treatment sooner is via the Cancer Drugs Fund.