Kate Siegel tells the story, in her own words, of the journey that led to her mum’s death from pancreatic cancer in October 2015, aged 69 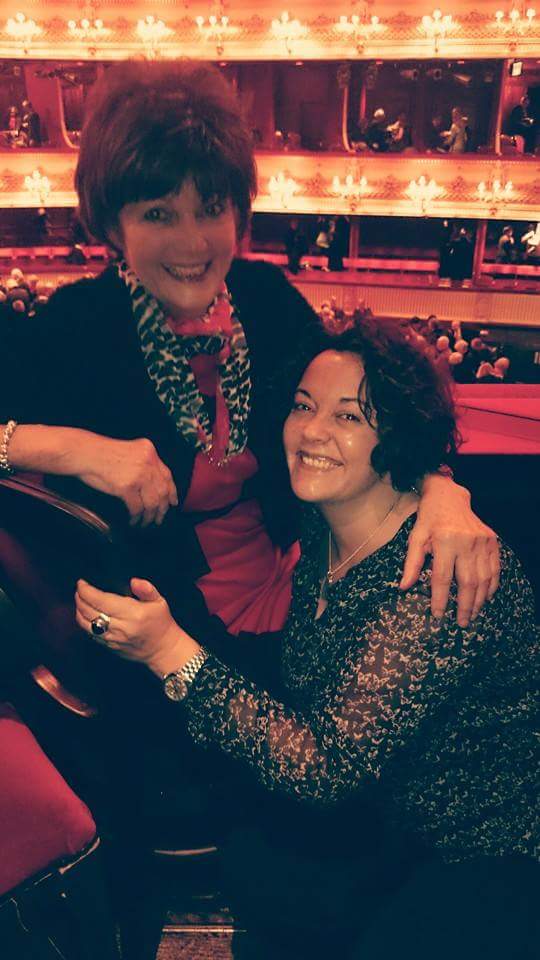 In the months leading up to Christmas 2013, Mum visited her GP a few times with vague symptoms such as tummy ache, tiredness and some unplanned weight loss. Her GP spotted that she’d had two bouts of pancreatitis in the space of a couple of years, which was pretty unusual for someone who was otherwise healthy and virtually teetotal! He ran some tests to find out what was going on.

Next, Mum was referred to St Barts Hospital in London for an endoscopic ultrasound (EUS). The news that she received on 3rd February 2014 would change all of our lives forever. Inoperable pancreatic cancer. It was small – the size of a walnut, but the involvement of major blood vessels made it inoperable.

From day one, Mum didn’t want to know her prognosis. She didn’t want to hear the clock ticking in her head, or even think that this nasty little tumour would get the better of her. She needed to think that there was a reasonable chance that she could survive it – even if the rest of us had seen the statistics – so we focused on ‘the future’ for as long as possible.

She started on her Folfirinox chemotherapy treatment very quickly after receiving her diagnosis. She took it all in her stride: hair loss, loss of appetite, nausea, no sense of taste of food, upset tummy and neuropathy.

After the Folfirinox treatment, she had daily radiotherapy, which was gruelling – but she never complained. Her three-month scan after radiotherapy showed that the treatment had stopped the cancer from growing or spreading, which was good news – although Mum was disappointed that it hadn’t been zapped by the treatment. She felt well enough to go to their apartment in Spain for a couple of weeks – to see friends who had been keeping up-to-date with her news from afar. This was a lovely break and she enjoyed doing something ‘normal’ again. Her hair started to grow back and she was feeling a bit better all round.

Past the one-year mark

At her appointment in March 2015, we learned that her tumour was still ‘stable’ which was great news as we were now past the one-year mark. However, she developed jaundice shortly afterwards, which turned her skin yellow and itchy which was very distressing. Her sister had just died of bile duct cancer, which made this development even more worrying.

“Awful news that the cancer was growing again”

Mum had a stent fitted in her bile duct and she was discharged the following day, feeling much better. Rather than go home to rest, she travelled to Oxford for her sister’s funeral.

At her next oncology appointment in July, my sister and I both quietly dreaded the results as she’d been noticeably less well over recent weeks – more tummy problems, more weight loss and general frailty. She got the awful news that the cancer was growing again and had spread as ‘tendrils’ into her stomach lining. A course of GEMCAP chemo was proposed. Unfortunately, the side effects for her were awful – her mouth was so sore that even warm water hurt it. After a week or so, her oncologist took her off the tablets – against Mum’s wishes. She was determined to try them again when her mouth was better, but eventually she agreed not to.

She then started to develop ascites (fluid build-up in her stomach) caused by the cancer tendrils in her peritoneal cavity, which had to be drained at the hospital in increasing quantities and with greater frequency over the following eight weeks. In September, she finally had to face the fact that her cancer was terminal, when her oncologist told her as kindly as possible that there was nothing more they could do for her treatment-wise. It was a shock to her and she wasn’t ready to see the end of life care team who made contact shortly afterwards.

A few weeks later, just after a stomach drain tap had been fitted, she started to feel more unwell and was struggling to get upstairs. Three days later on Sunday 11th October, she had her first day in bed since diagnosis, having vomited a black substance in the night (which we later found out was blood). She was exhausted and very weak so we decided it was time to try to get her some specialist hospice care. Unfortunately, this hadn’t been put in place beforehand (the team were due to visit the next day), so we called an ambulance. The paramedics were amazing and she left for hospital with extremely low blood pressure and dehydration, but stable. The hospital advised us that she would be moved to the hospice the next day and that we were probably at the end stage of a week or so.

Sadly, suddenly, peacefully and quietly she passed away a few hours later.

When people asked us how she was coping with this awful cancer, they were often surprised when we described how she seemed to live her life ‘with cancer on top’. It’s true – she saw her friends, went shopping, visited the theatre, had meals out, visited her family, bought spring bulbs, cooked Christmas lunch and re-decorated the house! She was truly an inspiration and there is now an enormous Mum-shaped hole in our lives.

Before mum’s diagnosis I didn’t really know anything about Pancreatic Cancer, now I know how vicious and unselective it is. After Mum’s diagnosis, I was desperate to do something positive, so I started fundraising. I set myself a target of £20,000, which I’ve made a big dent in. I hope that with the support of my amazing employer Better Placed and our Bike-a-thon we can help smash that target for this incredible cause.