This isn’t what you think it is! #PancreasNotPenis

Pancreatic Cancer Action's campaign, ‘This isn’t what you think it is! #PancreasNotPenis’ aims to raise awareness of the pancreas and most importantly, what to look out for if something goes wrong with it. 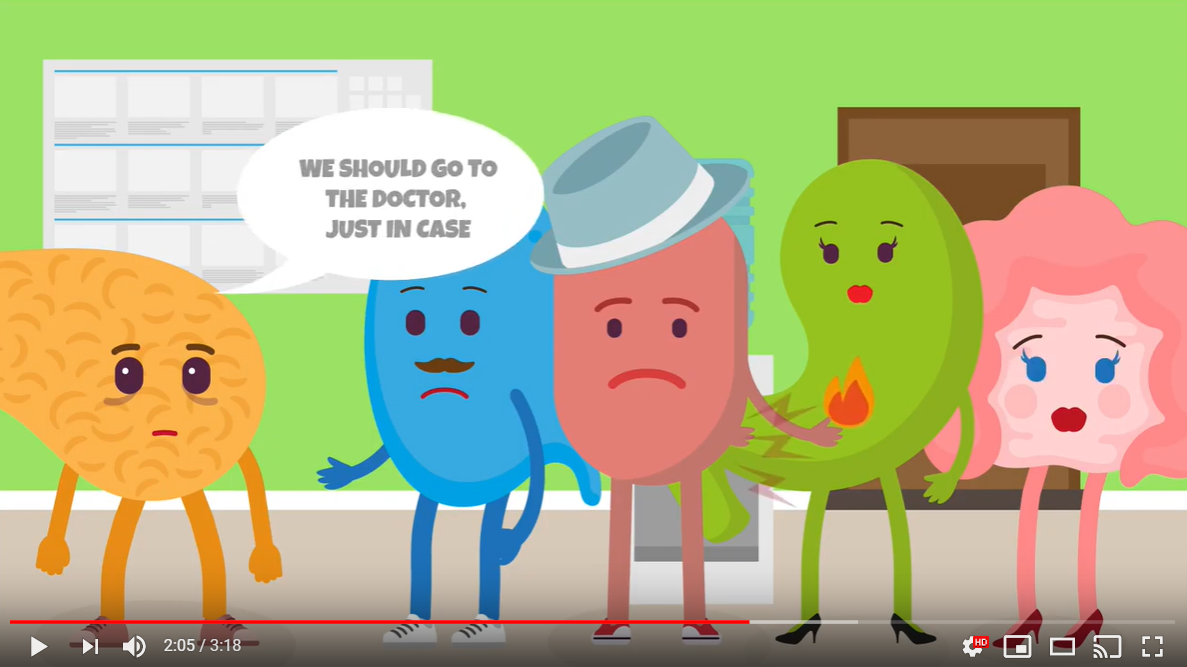 Watch our new symptom video: Presley Pancreas is an important organ, he produces enzymes that help break down your food and hormones which control your blood sugar levels. No one knows who he is, until it's almost too late.

The campaign was established after our survey (July 2019) revealed that almost a quarter of the UK incorrectly identified the pancreas as a penis.

We use our giant inflatable pancreas to visit public spaces and raise awareness of the pancreas, pancreatic cancer and the symptoms to look out for. Today, on World Pancreatic Cancer Day 2019 we are at London Waterloo station and were supported by some fantastic celebrity ambassadors and social influencers. Find out more here.

After hearing anecdotally, on many occasions, people confusing these two organs we conducted a national survey to find out how many people knew about the pancreas.

The survey found that 44% of participants identified the pancreas as either a penis, a kidney or a lung. Compared with 95% of people correctly identifying the heart and 98% of people being able to identify a lung.

What’s more, the survey shows that almost 40% of people do not know the function of the pancreas and over 43% do not know where it is in the body.

The survey results confirmed that we need to raise awareness of the pancreas and most importantly, what to look out for when something goes wrong with it.

We are hoping that this bold campaign will grab the public’s attention, create conversation and raise much needed awareness of pancreatic cancer, the UKs 5th biggest cancer killer.

Why is raising awareness of the pancreas important?

We know that the UK suffers from a chronic lack of awareness of pancreatic cancer, our recent survey tells us that 69% of the UK know nothing about the disease.

One of our biggest challenges when it comes to pancreatic cancer awareness, lies with the pancreas itself. It is not an organ that we know much about, or think of day to day, and it is not immediately clear when something is wrong with it.

We are therefore raising awareness of the pancreas and highlighting the symptoms to look out for when something is wrong with it. We are hoping that this will encourage people to think ‘Could this be my pancreas?’ when experiencing these ‘vague’ symptoms.

So, what is the pancreas?

The pancreas is an essential organ responsible for producing enzymes that help break down your food and hormones which control your blood sugar levels. It is found deep inside your body, behind the stomach and in front of the spine.

Pancreatic cancer occurs when a tumour forms in the pancreas. Currently, there is no early detection (screening) test for the disease, which is why awareness of the symptoms and risk factors is so vital.

The symptoms of pancreatic cancer

As a cancer with a chronic lack of awareness and with relatively vague symptoms, many do not recognise the symptoms as something to worry about and therefore put off going to their GP until it is too late.

By ensuring that more people are aware of the disease, the symptoms and their risk, we can help change the story for pancreatic cancer. It is not ‘the silent killer’, as it has been dubbed, and going to the GP with symptoms early can help more patients to be diagnosed in time for surgery and potentially save their lives.