Why I have no fear of death …. 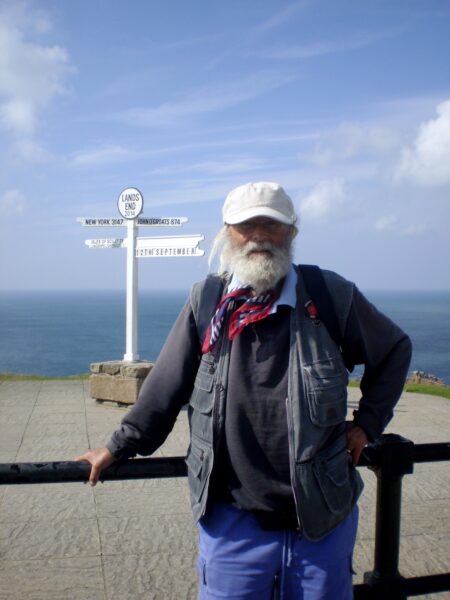 Let’s be frank about terminal and inoperable pancreatic cancer. It places you up close and personal with death. That is the one certainty of life we all share.

How do we face up to it? Be strong, stay positive, family and friends say. Easier said than done especially when you consider the devastating and depressing effect such a diagnosis impacts on your life and loved ones. So why am I at peace with what has befallen me? Why do I have no fear of death? Being brave doesn’t come into it, though being realistic about the lot this lethal cancer has thrown at me certainly does.

To many, death is a taboo subject. But I have never shied away from it, believing the more it is talked about the better in the context of living. My oncologist agrees, going as far as to say that it should even be talked about with children in school.

My journalist forte, especially in my Fleet Street years, was thinking and planning ahead of the daily newsbeat, flagging up important dates, suggesting ideas and scenarios for special investigations and news projections. So I was constantly tuned to thinking ahead. There’s a parallel here in my attitude to death in the sense that I have already forward planned my funeral, choosing the music and hymns.

I have often contemplated, too, what my attitude would be if cancer, or some other evil such as Motor Neurone Disease or Altzheimers, rendered me ‘out of it’, incontinent and unable to look after myself. Thankfully, I am nowhere near that, nowhere near it at all. But my wife, Monica and I, have made preparations, taking out, through our solicitor, Lasting Powers of Attorney for Property and Financial Affairs and LPA for Personal Health and Welfare in respect of ourselves and our two children. This gives them the authority and responsibility to act for us if, through mental or physically incapacity, we were unable to do so ourselves. We would advise anyone in a similar situation to take legal advice about this as, failure to take out a LPA, can cause delay and additional expense later on in the administration of an estate and personal affairs.

I also have the NHS red-bordered Treatment Escalation Plan ( TEP ) and Recuscitation Decision Record signed by my oncologist who has ticked the box saying DO NOT ATTEMPT RESUSCITATION. Giving the reasons she writes: “Metastatic pancreatic cancer. Patient wishes to die in his own home … We should allow a natural death.”

I have to keep this TEP with me at all times to enforce, should a hospital emergency arise needing paramedic assistance, that CPR should not be attempted.

Well, that’s enough about death because I am, as I keep saying, very much in the land of the living. Out in the garden those pansies I planted are smiling at me. A pigeon sweeps down for its daily dip in the bird bath and the last of the geraniums are still a splash of red. It fills me with the joy of being alive. Only yesterday a friend popped in with a bunch of early Scilly Isles daffodils. What a delightful harbinger of Spring.

Will I be here to see it bloom again?  I have every intention though that pain we call Sneaky might have other ideas. He’s been creeping up on me lately in daytime as well as at night and I wonder if this is the beginning of a short or a long goodbye? I don’t dwell on it as I’m too busy enjoying every day. Sidmouth Hospiscare, however, has doubled my slow-release morphine to 40 mg a day and I manage very well on that with the back up, when needed, of paracetamol caplets and liquid morphine.

I still partake of a biscuit during the night. But my taste buds, sad to report, are not as taste sensitive as they should be. My appetite, too, has started to be a bit picky. All par for the course I presume. But my morning breakfast routine hasn’t changed. Cereal with full cream milk followed by toast and marmite and a mug of Horlicks.

A drink of hot milk last thing at night, plus a wheat bag, microwave heated for no more than two minutes, soothes me gently to sleep. That is until I wake in the small hours for that biscuit and reach out in the darkness to hold Monica’s hand….