Well, I’m still here, very much alive, getting on with my life and enjoying every day 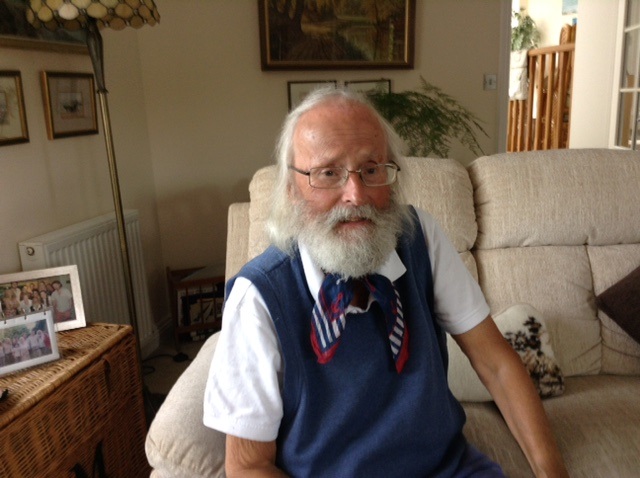 2nd October 2015 – Well, I’m still here, very much alive, getting on with my life and enjoying every day though it wasn’t like that when I was on chemotherapy. Without chemo I had a six to nine month survival prognosis which extended to a year with chemo. Really, I wrote, it was a no brainer. Much as my wife, Monica and family did not want to see me suffer the debilitating side effects, I went for chemo because even another day, let alone a month, would be so precious to us all.

So began a six-month course of Gemcitabine which is generally well tolerated. I was determined to seize every day on chemo because, said my oncologist, it improves quality of life for patients in my situation and, what’s more, could add a short number of months to my overall survival. But you can’t seize the day if you are in bed feeling exhausted for much of the time with no appetite, no energy to do anything, watch television or read the papers which for a journalist was a sacrifice.

I know everyone responds differently to treatment for PC. Chemo certainly works for some. But it made me so ill that after four effusions I came off it to enjoy as best I can the time I have left with Monica, family and friends who are such a comfort and support.

The decision poses a real dilemma between quality and quantity. Do you tolerate all that chemo can throw at you for an extended lifespan or a shorter prognosis off it with more good days than bad. Four months, six months, another year? I really don’t want to know because, either way, with terminal PC it doesn’t make that much difference to survival time. It would certainly not register with the Daily Mail’s GP, Dr Martin Scurr, who confessed in a full page article in 2012 that should he discover he had advanced life-threatening cancer he would refuse treatment.

“Like most doctors I understand that much of the care we offer patients who have serious life-threatening illnesses is ultimately futile. Worse, it can involve months of gruelling treatments that might possibly extend the length of one’s life but do nothing for its quality,” he wrote. “But while we give that care to patients the vast majority of doctors I know would not want it for themselves. Yet this fact has long been a taboo in the medical world.”

There was a huge response to his article. Not all agreed with him though many did including other health professionals. There were instances, too, where families wished loved ones had forsaken chemo because, in their opinion, it had hastened death.

Dr Scurr also dealt specifically with PC which, as an example, is often diagnosed late with the average time between diagnosis and death being less than six months.

“If I had the disease I would not attempt any of the treatments for it such as chemotherapy because it can be gruelling and misery making with a success rate that is relatively low,” he wrote. “I would rather have pain killing palliative care which can do great things in helping to make you feel comfortable while you are dying.”

To read that is very gratifying to me, for I am now in the care of Sidmouth Hospiscare whose nurses, all experts in palliative medicine, administer my daily treatment regime of stomach protector, steroid, blood pressure and slow release morphine tablets. I know the nurses will be with me every step of the way until I pass from this world into the next. Not that I’m thinking of going anywhere any time soon because, right now, I’m very much in the land of living!

Yes, I’m so much better off chemo. Relatively pain free, I’ve got my appetite back. And what an appetite! Diets are out. Steak and kidney, Indian curry, pasta, sausages and mash, roast chicken and sundry cold meats are back in at the top of the Kingsley menu.

I still have much to do around the house and hopefully time to do it. I still have to make absolutely sure that Monica, bless her, knows how to switch on that confounded boiler, not to mention the programme timer. She’s not quite got the hang of it yet. But, as always, she’s getting there.