We are extremely sad to hear that one of our most loyal and inspiring supporters, Chris Norkett, has passed away. Our heartfelt condolences go out to Chris’ family and friends at this extremely difficult time.

I first met Chris Norkett at Striding for Survival 2017. I was trying to interview people for our striding video and take photos for social media, I think he must have seen me struggling for volunteers and thankfully he offered to take part! I didn’t know Chris all too well, but I get the feeling that this sums him up as a person: kind, selfless and caring.

Chris was at the Virginia Water event with his niece and they were enjoying an ice-cream after taking part in the 10K run. I soon found out that this was literally a walk in the park for Chris as he enjoyed taking part in marathons and even ultra marathons (32 miles!). He did all this in aid of Pancreatic Cancer Action and in memory of his brother, Tim, who sadly passed away from pancreatic cancer.

Chris started running as part of a weight loss and fitness programme in 2015 and he found a passion for the roads. His hobby became his mission and a way to support a charity close to his heart. He fundraised primarily using social media and gained a huge following on his wonderfully named Instagram page ‘Old and Fat and Running Long‘ where he shared pictures of his running achievements.

Most recently, Chris ran the London Marathon 2018 for us and said: “Early last year we lost my brother Tim to pancreatic cancer. The impact this has had on his family has obviously been quite profound. Raising money for Pancreatic Cancer Action is my chance to draw a line in the sand and to start fighting back on behalf of my family.

This year I’ll be running a half marathon, two full marathons (including London) and three ultra marathons in memory of Tim and to raise awareness and funds for Pancreatic Cancer Action”

Not only did Chris tirelessly support Pancreatic Cancer Action but he was also an ambassador for Alton Sports. They have left this lovely tribute on their Facebook page (see image below).

Chris lived quite close by to PCA HQ and was a regular visitor to the office. We were always amazed and thrilled to hear his running stories and achievements and he always put a smile on our faces. I’m sure he will be truly missed by everyone he met. We know we will miss his visits in the office and to echo Alton Sports, the world is a poorer place without him.

You can visit his fundraising page here: www.justgiving.com/fundraising/chris-norkett 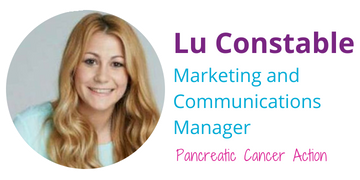