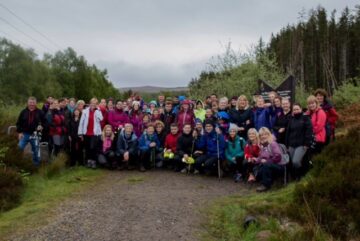 Lorna Taylor lost her dear sister to pancreatic cancer and thus decided to embark on an epic trek up Ben Wyvis in Scotland. Her trek grew in size dramatically and with the help and support of others there were 120 people signed up ready to climb!

The weather on the day of the trek was not particularly good but still they all trekked up! Poppy at only 10 months old went up and down her first mountain on her dads back in her baby carrier! Her photo then proceeded to win the #SkylineHeros competition for the best fundraising image! 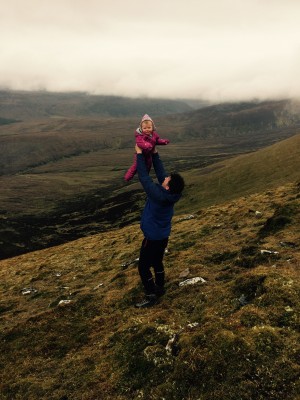 Ron Coggins a surgeon for the pancreas from Raigmore Hospital, Inverness took part in the walk and actually met rare survivor Andy Jarvis and his lovely wife on the mountain. Ron was the surgeon who operated on him and I think that was a very special moment for Andy!

Lorna says “I now personally know many families and individuals and a select few courageous survivors who have been affected by this very cruel illness and that is the reason for creating this event. Their final figure was an incredible £10,220!