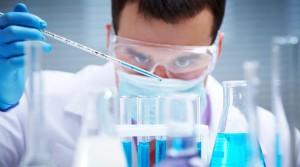 Researchers in Japan have developed a test that they believe could help detect pancreatic cancer early using an analysis known as metabolomics.

Using a technique known as gas chromatography mass spectrometry, Masaru Yoshida and colleagues measured the levels of metabolites in the blood of patients with pancreatic cancer, chronic pancreatitis and healthy volunteers (Metabolites are the intermediates and products of metabolism. The term ”metabolite” is usually restricted to small molecules).

The levels of the 18 metabolites generated were found to be significantly different in the healthy volunteers compared with pancreatic cancer patients and the scientists, whose work was published in the journal Cancer Epidemiology, Biomarkers and Prevention ((Kobayashi et al., (2013) A Novel Serum Metabolomics-Based Diagnostic Approach to Pancreatic Cancer , Cancer Epidemiology, Biomarkers and Prevention. First published online March 29 2013)) claim that they have been able to predict pancreatic cancer using just four of the metabolites. The researchers also found these tests to show both high sensitivity and specificity.

Current screening and biomarker methods are not enough to detect pancreatic cancer early. Using imaging (CT Scans or ultrasound scans) is not cost-effective and the tumour marker CA19-9 is typically used but is inefficient during early stage disease and is not unique to pancreatic cancer.

However further testing needs to be carried out using patient samples from multiple centres in a large-scale trial before the reliability of this test is confirmed and before it can be used to detect pancreatic cancer when the disease is still resectable and potentially curable.