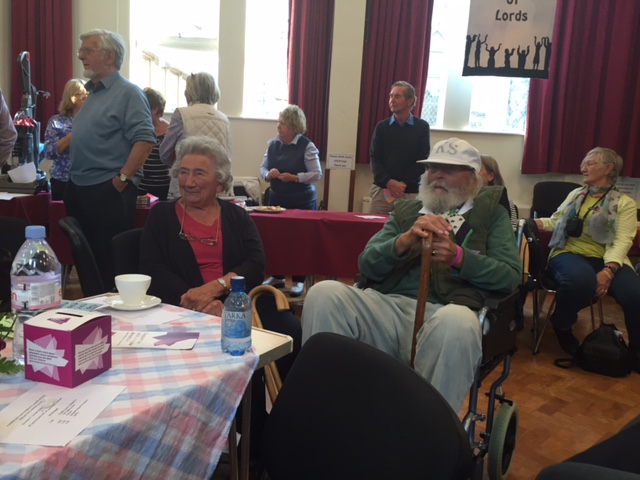 What a joyous occasion for pancreatic cancer it was last Saturday when Sidmouth’s caring community raised over £3500 for the cause of saving lives by early diagnosis of one of the most lethal of all cancers.

The hall was packed to capacity, with more queuing to get in, when Kingsley welcomed family, friends, neighbours and supporters from across the community to the fundraiser which quickly took on a party atmosphere.

He stressed the mission by PCA to raise awareness and outlined the grim statistics of a survival rate that that has barely improved in 40 years, the average prognosis being four to six months with four out of five sufferers dying within a year because the symptoms are discovered too late for life saving surgery.

Moreover, PC had been described as a pushed to the back of the drawer silent killer and, consequently, was chronically underfunded.

Supporters, entertained by a choir and a Ukelele group, dug deep into pockets to fill donation boxes. A lady who had lost her husband to PC gave £50 in cash, another a cheque for £100 and there was a crush of buyers to snap up bargains from stalls and peruse the excellent PCA information leaflets. 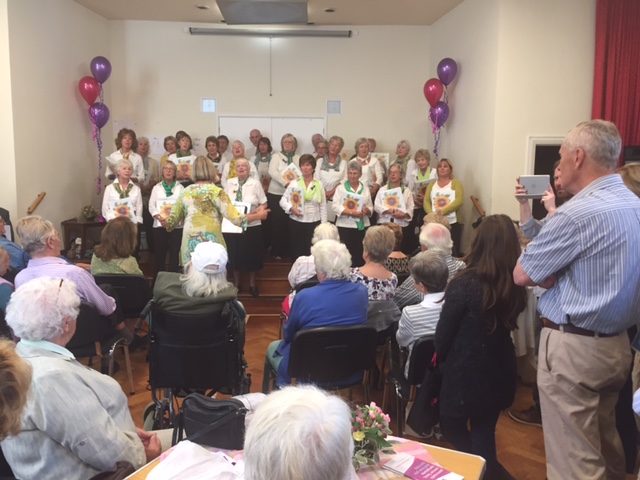 vable, non stop from the moment we opened,” said Marie Martin who ran the raffle. “I’ve never known a charity event like it. People kept saying how lovely it was to see so many supporting such a worthwhile cause. But it was not just about money. It was also a matter of putting this charity on the Sidmouth map.”

Sylvia Brownlee, who led a team of helpers, said to raise over £3000 in one afternoon was just fantastic.

“But that’s Sidmouth for you,” she added. “When it opens its caring heart for a good cause it opens its heart. There was a lovely family atmosphere with lots of smiles and happy faces and it soon became like a party with friends old and new meeting up again.”

Kingsley, diagnosed in July with inoperable PC, was visibly moved by the outpouring of community goodwill.

“Yes, there were tears when I saw the balloons around the hall, the little posies on the tables and the stalls set up because I could see the trouble friends had taken. And to think I worried nobody would come. How wrong I was!”

Lynden Webb, leader of the choir, had the last word.

“It was a very moving event that none of us will ever forget,” she said.