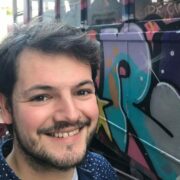 PCA is joining calls for all Governments in the UK to ensure patients will be able to access the support they need.

On Thursday 19th January 2023 Lloyds Pharmacy announced that they plan to close all 237 pharmacies located within Sainsbury’s stores bringing an end to their relationship with the company.

The closures put around 2,000 jobs at risk and will require tens of thousands of patients to find an alternative way to access support. Both Lloyds Pharmacy and Sainsbury’s have committed to helping patients to find alternative provision, however, the details of how this will happen have not yet been released.

It is believed that this announcement is partly due to the dire situation facing community pharmacies in England and Scotland as a result of insufficient government funding. Since the start of the pharmacy contract, there has been a massive cut in real-term funding, resulting in hundreds of closures. This is happening at a time when community pharmacy is being asked to do more than ever before to support the NHS. Including supporting in detecting cancer early.

Pharmacists are often the first port of call to receive drugs to elevate symptoms associated with pancreatic cancer, such as back pain, indigestion, and constipation. A pharmacist may be easier to access than a GP, more local or less busy. A pharmacist with a regular customer base is also well-placed to spot escalating symptoms and refer to a GP. Pancreatic Cancer Action, recognising this opportunity to improve early diagnosis, has developed e-learning modules for pharmacists and pharmacy teams accredited by the National Pharmacy Association. Any reduction in the number of community pharmacies or ending trusted relationships puts patients at risk.

“For a long time, I have held the belief that community pharmacists can play an integral role in assisting in the diagnosis of cancer, and in particular pancreatic cancer. This is why we, at Pancreatic Cancer Action, developed e-learning and other materials to support pharmacists to identify patients with worrying symptoms. We have also lobbied for pharmacists to be able to directly refer patients with symptoms of cancer. However, Lloyds Pharmacy’s announcement is another in a growing list of community pharmacies closing. If we are to turn the corner and improve pancreatic cancer survival rates, we need our health service to be fully resourced and funded from top to bottom.”

“We have seen many disposals of Lloyds Pharmacy branches over recent months and we know more may occur, however for every disposal there has been a buyer, therefore patients and communities have seen no reduction in availability, the pharmacy network has not lost capacity and there were no job losses.

This situation is different and means significant reductions in access to a pharmacy for patients and we expect those who represent communities to be concerned about the loss of a key part of their local NHS service.

Forward-thinking governments around the UK are seeking to make greater use of pharmacies as the most accessible contact point in the NHS, to reduce pressure on other parts of the healthcare system, so there should be greater community pharmacy capacity, not less.”

PCA is joining calls for all Governments in the UK to ensure patients will be able to access the support they need, take action to end the growing number of closures and that those pharmacies that are closing will remain staffed and stocked during this period.