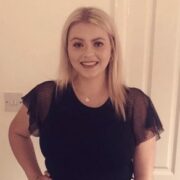 Read our reaction to the Khan Review into the government's current tobacco policies and if it will hit its target to make England smoke-free by 2030.

Around 20% of all cases of pancreatic cancer have a direct link to smoking, and current smokers have a 66% increased risk of being diagnosed with pancreatic cancer. However, by stopping smoking, an individual can reduce their risk by 26%, with some research suggesting that the increased risk caused by smoking can almost be reversed on average 20 years after quitting.

Pancreatic cancer is the deadliest of all the common cancers, and anything that can be done to reduce the risk of developing the disease will save lives. This is why in 2019, Pancreatic Cancer Action welcomed the government’s commitment to making England smoke-free by 2030.

The government asked Dr Javed Khan OBE to carry out a review into the government’s current tobacco policies, the support available for those wanting to quit, and if the government will hit its target to make England smoke-free by 2030.

The Khan Review was released in June 2022 and it did not make for positive reading. It found that the government would miss its target by seven years and the poorest areas of the country will not hit the target until 2044! Failing to reach the 2030 target will mean many more people will die unnecessarily, and this pain will be hardest felt in our most deprived communities.

To have any chance of making England smoke-free by 2030, radical changes need to be made to support people to quit and stop new people from taking up smoking.

Following extensive research of international evidence and current national policies, the Khan Review made 15 recommendations that would help hit the 2030 smoke-free target. These are direct asks of the government with regards to funding, legislation and policy, including those four critical recommendations:

Here at Pancreatic Cancer Action, we fully support these recommendations and look forward to a smoke-free future in the prevention of pancreatic cancer. This was echoed by Health Policy & Projects Manager, Joe Kirwin, who said:

“Pancreatic cancer is the fifth biggest cancer killer. Anything we can do to reduce the number of people developing the cancer, we must do, and we must do it now. I’m aware the government is in flux; however, cancer will not wait for things to settle down. I call on the government to keep their promises, fully implement the Khan Review, and take action to save lives today.”

However, the last few days have seen the height of drama in Westminster as cabinet members resigned their posts, including the Secretary of State of Health & Social Care, Sajid Javid, who commissioned the Khan Review. Javid has been replaced by the former Brexit Secretary, Steve Barclay.

As Steve Barclay settles into this new role, we urge the government to act now and that the Khan Review be adopted in full and not be postponed amidst the upheaval of Westminster. Cancer will not wait for the “right time”, so neither should the government to bring these recommendations to fruition. Every day, 29 people are diagnosed with pancreatic cancer, and 26 people die from it. This number will rise if no change is made to control tobacco use in England.