Paul Miles, from Farnham, along with 12 of his cycling buddies have completed the astonishing feat of cycling the full length of the UK. A gruelling 1006-mile trip from John O’Groats to Land’s End in just 10 days, to raise vital funds for Pancreatic Cancer Action.

Raising money for pancreatic cancer is something very close to Paul’s heart, as he sadly lost his beloved friend Gavin Reeve-Daniels to the disease back in 2014. 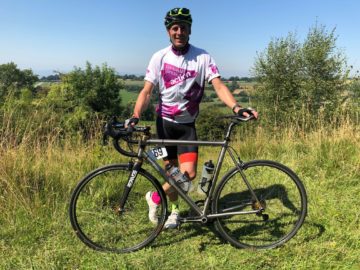 Paul has previously undertaken similar cycling challenges for Gavin and Pancreatic Cancer Action, having ridden up Haleakala Volcano in Hawaii shortly after his passing. However, his most recent challenge was perhaps his most ambitious yet.

Paul says: “I decided to make it even harder. Not only North to South into prevailing headwinds but avoiding too many A roads and taking in elevation instead of keeping the route flat and direct. Why go around the Cairngorms when you can go over them? That was my philosophy of a challenge. A challenge is an almost unreachable target.”

“We rode 1,006 miles pedalled and 20,276 metres of climbing (twice height of Mt Everest). I had pretty much nothing left in the tank. I took a phone call 5 minutes after finishing my epic challenge from Gavin’s widow and their 6-year-old son. It meant so much to me and was the perfect full stop to what had gone before.” 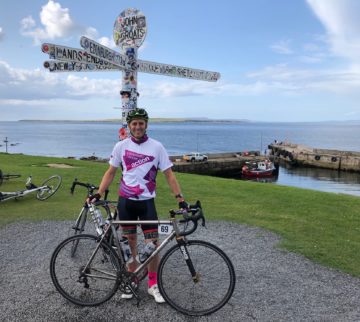 “It hasn’t sunk in yet the enormity of it all or even the amazing generosity of those who donated to my fund-raising page. As I write this, the figure is currently £3,445 and counting. It makes my short-lived pain all worth it.”

The challenge also fell at a crucial time in Paul’s life having recently overcome his own health issues over the last 18 months including a broken elbow, herniated disc and undergoing knee surgery, making his achievements all the more impressive.

Annie Whillians, Events Co-ordinator at Pancreatic Cancer Action “We are in awe of Paul and the determination he has shown throughout his cycle challenge. The amount of love and support shown on his JustGiving page has blown us away and we are incredibly grateful for all his hard-work and efforts. This incredibly touching gesture has paid tribute to Gavin Reeve-Daniels in the most heartfelt way and Paul is the perfect example of this.” 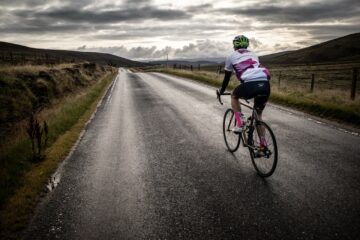 JustGiving page you can here: https://www.justgiving.com/fundraising/paul-miles16