Pancreatic cancer survival rate increase, what does this mean?

Ali Stunt (CEO and founder of PCA) discusses the positive increase of survival rates, what this means for pancreatic cancer and how we gather up-to-date and accurate statistics 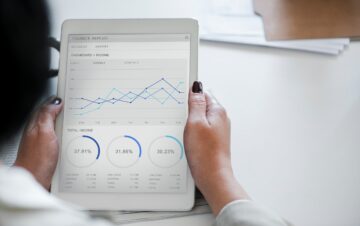 When I founded Pancreatic Cancer Action, the five-year relative survival rate was only 3% – which was very poor and hadn’t changed significantly in over 40 years.

What is encouraging is that we have seen a very slight improvement in that figure to 4% then 5% and now, we are quoting 6.8% (less than 7%).

Why have survival rates increased?

In our opinion, along with some new treatments such as Abraxane and the FOLFIRINOX chemotherapy combination, there have been some improvements to the numbers of people being diagnosed as an emergency.

From the same data (Routes to Diagnosis[i]), we know that those diagnosed either via the GP or the Two Week Wait system have a much better rate of survival than those diagnosed as an emergency.

This is encouraging and could in part be a result of the work we at PCA have been doing since we were founded in 2010 focussing on providing resources for GPs such as e-learning modules as well as targeted GP awareness campaigns. We have also continued to raise public awareness of the disease, so people go to their doctors sooner if they are suffering from symptoms.

Survival rates in the UK

What many will have seen is that this five-year survival rate has been reported at different levels by different people/organisations. Indeed, Cancer Research UK is still quoting a figure of 3.3% five-year survival[ii] for people diagnosed with the disease in England and Wales only between 2010 and 2011.

Reporting and communicating the right information

What we have had to be careful of is to report out the same time frame the statistics are reflecting as, frustratingly, different regions publish cancer statistics at different times! Some, like Cancer Research UK, may use a different method by which they produce the statistics.

As you can see, there is great variation between the regions in terms of five-year survival and there are many differing reasons why that is so; to do with the population itself, access to diagnostics and treatments and the time of reporting the statistics.

To try to avoid confusion, all three pancreatic cancer charities; Pancreatic Cancer Action, Pancreatic Cancer UK and The Pancreatic Cancer Research Fund met a few months ago to ensure that we all quote the latest and most accurate statistics. This was in light of a pivotal CONCORD-3 study published in the Lancet earlier this year.[iii]

So, after looking at all the available data, we have established a list of up-to-date data that all three UK charities have agreed to use. For the UK 5-year survival rate we will use the CONCORD-3 figure as this is the most up-to date one we have for all nations. That stands at 6.8%.

For individual nation data, we have had to use a mixture of sources, ensuring that what we quote is the most up-to-date and consistent data.

Click here to view tables of the latest incidence, mortality and survival data by UK nation, plus an overview of the UK as a whole.