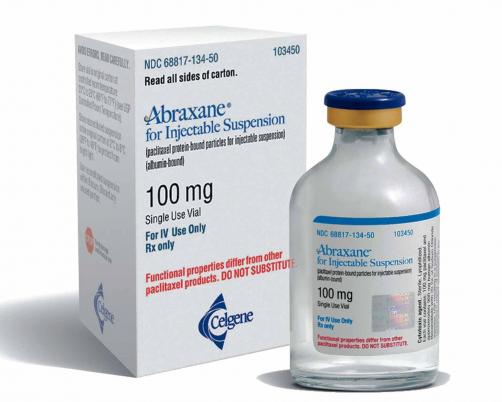 A life-extending drug Abraxane® that could extend the lives of people with pancreatic cancer has not been approved for use on the NHS across England, leaving thousands of patients and their family members devastated.

The National Institute for Health and Clinical Excellence (NICE) today (September 17) issued its final guidance on Abraxane, ruling that it is too expensive to be given alongside gemcitabine despite being shown to double life-expectancy in some cases.

This follows the move by NHS England to remove the drug from the approved list of drugs on The Cancer Drugs Fund on 4th September, which means English patients will not be able to access the drug at all while their peers in Scotland and Wales will continue to do so.

Ali Stunt, chief executive at Pancreatic Cancer Action, said: “There has been little or no improvement in pancreatic cancer survival for the past 40 years and to prevent access on the NHS in England to a life-extending drug when there are very limited options for pancreatic cancer patients is outrageous and cruel.”

Abraxane could have a considerable impact on one year survival rates of pancreatic cancer in the UK, which are the worst in Europe. Trials have shown that in some cases, the drug can extend a patient’s life to over 2 years, allowing patients with advanced pancreatic cancer to resume a normal life, taking part in everyday activities, and more importantly having valuable extra time with their loved ones.

“While the economic modelling criteria NICE uses found that Abraxane® does not prove to be cost-effective, we believe that pancreatic cancer, with its low 4% survival rate which has not improved in over 40 years, the fact that it is the UK’s fifth biggest cancer killer and that there are very few treatment options available to patients, should be considered as a special case.

“There is clear unmet need for this disease and NHS funders need to take this fully into account. Abraxane® isn’t that expensive either – according to the manufacturer (Celgene) in their submission to Nice, the cost of average use (3.4 months) per patient is £5,035.”

Today’s decision adds confusion for patients as to which drugs are or are not available in different parts of the UK.  “With the drug available in Scotland and Wales, and most of Europe, this process is incredibly unfair and is adding to an already distressing situation that patients in England find themselves in following the removal of Abraxane from the Cancer Drugs Fund.

“Pancreatic Cancer Action are determined, through our petition, and other campaigning work, to overturn this disgraceful decision.”