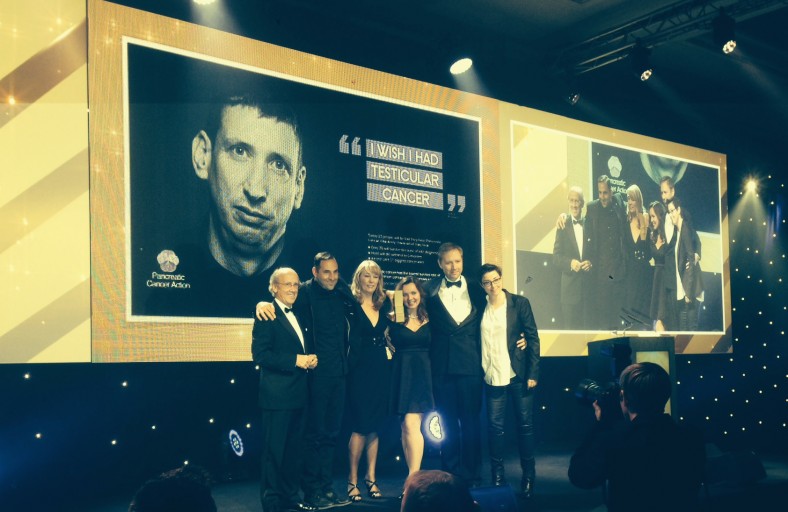 We were extremely delighted to walk away from the IPA Effectiveness Awards, which are the most prestigious and demanding in the advertising, media and marketing industry, with two awards of the highest honours.

Winning both a Gold and the Best Small Budget award, Team Darwin, the advertising agency that created the campaign, was recognised for the positive effect the ads have had on the charity and raising awareness of a ‘not-so silent killer’ among a quarter of the British population.

The judges were impressed with the thought-provoking campaign, conceived and created by Team Darwin, which provided a genuine insight into how it feels to be diagnosed with a disease that leaves you with very little hope of survival. They also recognised the incredible return on investment with a wealth of earned media from a very small budget, which included being covered by every national newspaper and the campaign being discussed on BBC, ITV and Sky News. 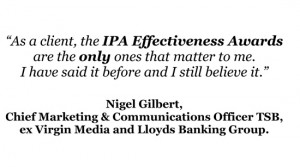 ch almost 9000 men and women in the UK are diagnosed with each year.

Of course the campaign would not have been successful without the involvement of the three selfless and brave patients – Kerry Harvey, Andy Luck and Penny Lown – who fronted the campaign. Kerry and Andy both lost their battles with pancreatic cancer this year highlighting the very sad and grim reality of the disease.

It is incredibly sad that both Kerry and Andy are not here to join in the celebration of what the campaign they were part of has achieved but it no doubt provides their loved ones with an immense sense of pride. Penny Lown should also be incredibly proud of herself for what she achieved in raising awareness to drive earlier diagnosis.

We would also like to thank Team Darwin personally for their brilliant creative work that they provided on a probono basis. We are pleased that their talents have received this high accolade by the IPA.

Finally, we’d like to thank our wonderful supporters and fundraisers who stood by us during the campaign, and understood why this approach was necessary to raise awareness on such a widespread scale. This campaign is now not only the most successful advertising campaign for pancreatic cancer to date but an award winning campaign too.

For more information about the Awards please visit http://www.ipa.co.uk/effectiveness/winners.