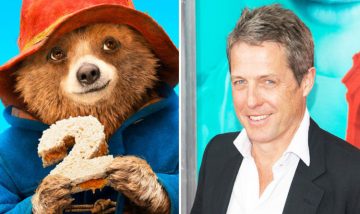 raise funds for the charity. The tickets were kindly donated by one of our patrons of the charity, Hugh Grant, who stars in the film.

Julie’s niece, Leanne, will be accompanying her to to the Premiere on the 5th November as she has just been accepted into ‘The American Academy of Dramatic Arts’ in New York and is very interested in becoming an actress.

Julie is a continued supporter of Pancreatic Cancer Action and has recently been involved in a radio day as her husband Ralph, sadly passed away from the disease in October 2015. Ralph,66, had been ill for some time before he was diagnosed with inoperable pancreatic cancer. He had a pain in his side and in his shoulder which was misdiagnosed as gallstones until he got so ill that he was taken to A&E. This led to his diagnosis on the 17th January which was a very rare form on Neuroendocrine tumour which had spread to his liver.

Julie says “Ralph was extremely positive throughout his diagnosis and treatment and would often say “we’ll have no long faces here” when people came to visit him.”

“Going to see the Premiere will great, I am a big fan of the film and Ralph would have loved me to go.”

You can read more about Julie and Ralph’s story here.