All of us at Pancreatic Cancer Action would like to say a huge thank you to everyone who supported the launch of our pancreatic cancer awareness campaign; “This isn’t what you think it is! #PancreasNotPenis” yesterday. As always, speaking to members of the public drives home how many people this disease has sadly affected.

We would like to thank everyone who came to London Waterloo, Kings Cross London, Liverpool Street Station as well as those who joined us on social media to share their stories with us yesterday. A big thank you also to everyone who kindly donated. 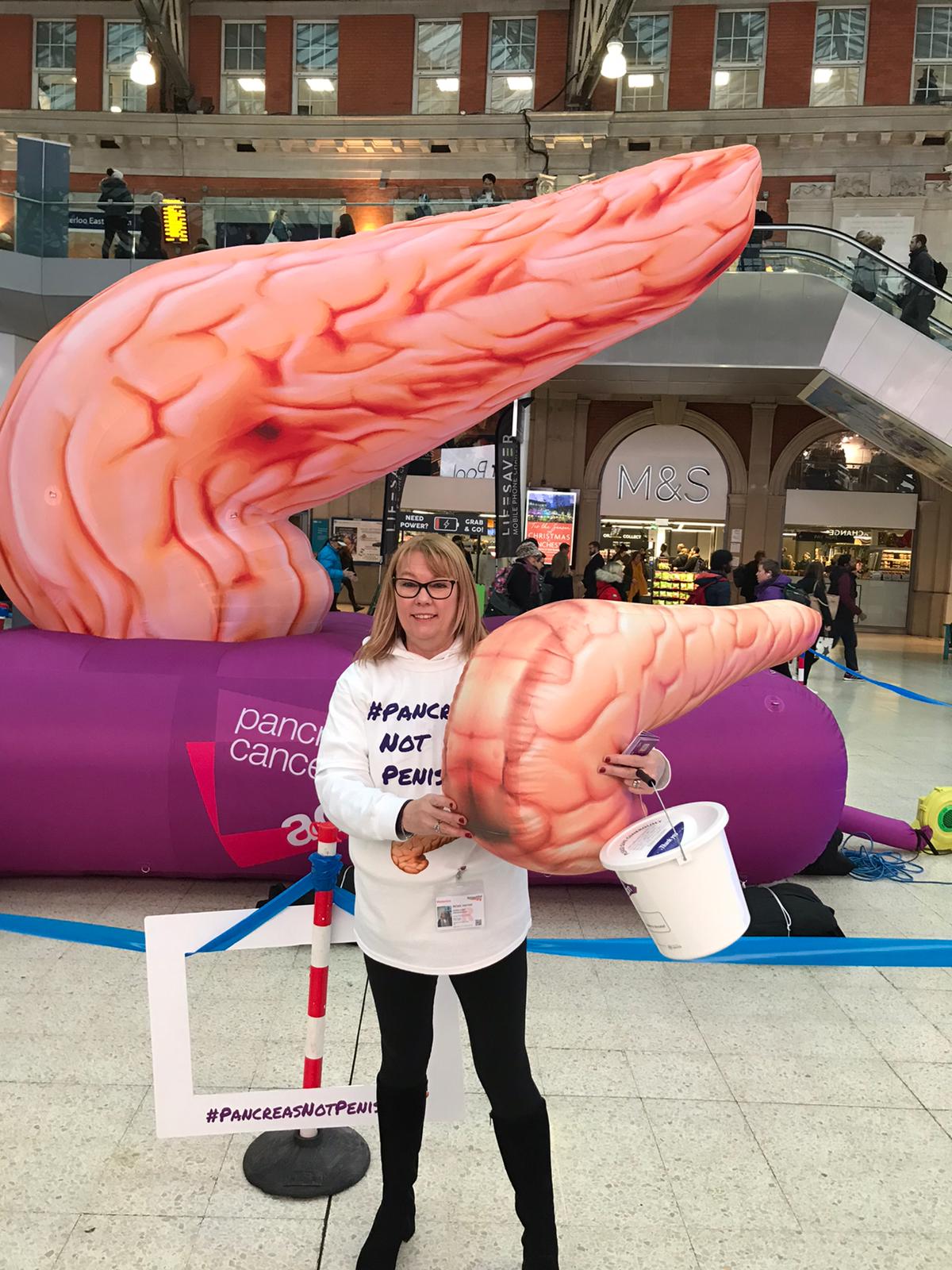 Our mission is to get more people diagnosed early and in time for life saving surgery. The aim of this bold campaign is to cut through the noise, create conversation about the disease and make people more aware of the pancreas and the symptoms of pancreatic cancer to members of the public who may not usually hear about.

Pancreatic cancer suffers from a chronic lack of awareness and we know we need to attract the public’s attention to make people take notice and know the symptoms and risks of pancreatic cancer. With such low awareness about the pancreas itself as well as that for pancreatic cancer, using more conventional ways of communicating these important messages just doesn’t get through.

So, we have had to be bold, if a little controversial, but the majority of people myself and my team met in London yesterday gave us very positive feedback.

Our recent survey showed us that almost a quarter of the UK identified the pancreas incorrectly as a penis which is why we decided to have the theme of our campaign as “This isn’t what you think it is!” Our inflatable pancreases that were on display at the three London stations were accurate representations of the organ itself, but the comparisons that the public made to the inflatables to another part of the body was what allowed us to attract attention.

I am also acutely aware of the fact that survival rates have barely changed in half a century and that the impact of this disease on patients and their loved ones can be devastating.

We understand that this was a bold and potentially controversial campaign. It was in no way our intention to offend anyone, but this campaign has been highly successful in reaching the UK public with information on pancreatic cancer symptoms that many of them had never seen or heard before.

It is my hope that this campaign has helped to save lives through early diagnosis by a member of the public being aware of the symptoms of pancreatic cancer.