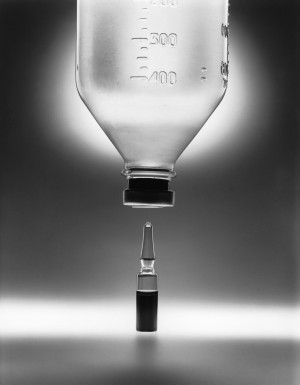 Adjuvant treatment (treatment after surgery to remove the pancreatic cancer) with the chemotherapy drug S-1 increased Overall Survival (OS) among Japanese patients according to results of a phase III trial presented at the ASCO Gastrointestinal Cancers Symposium in San Fransisco this week.

Katsuhiko Uesaka, MD and his colleauges at the Shizuoka Cancer Center Hospital in Shizuoka Prefecture, Japan, compared the how good S-1 was as a chemotherapy after surgery versus gemcitabine in Japanese patients with stage I-III pancreatic cancer.

The researchers randomly assigned 385 patients 10 weeks after their surgery from 33 hospitals in Japan to either six courses of gemcitabine or S-1 given twice daily for 4 weeks and repeated every 6 weeks for four courses. The trial ran from from April 2007 to June 2010.

However, these results only show improved benefit for Asian (in this case, Japanese) patients. Previous studies have shown that gastro-intestinal side effects such as diarrhoea are far more severe in white patients than for patients of Asian origin. This is because white patients metabolise the drug differently and tconsequently need to have lower doses of the drug. It is not yet known whether white patients will benefit from treatment with S-1 after surgery for pancreatic cancer.