What does this actually mean?

95% of people with pancreatic cancer are diagnosed with pancreatic ductal adenocarcinoma (PDAC), but according to PCUK because of the way that data about the disease is published, we have previously simply not known just how shocking the survival truly was for this type of the disease.

Survival and other information about this type has previously been published together with that for another type called pancreatic neuroendocrine tumours or PNET, which has a far higher survival rate. This has meant that the true survival for PDAC has appeared better than it really is. The most recent survival statistics for England show that less than 7% of patients overall, will live for five years or more and that 3% of patients will survive 5 years.

The research released today was commissioned by Pancreatic Cancer UK and carried out by the London School of Hygiene and Tropical Medicine. The study looked at the survival of all adults diagnosed with pancreatic cancer in England between 2010 and 2013. The full results of the study are set to be published in a journal at a later date.

What’s the difference between the two types of pancreatic cancer? 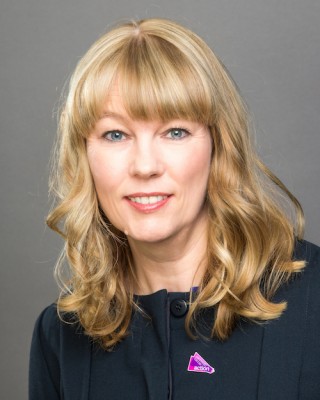 “This study highlights that until now, all pancreatic cancer survival statistics have included PNETs, a rarer form of the disease which is usually slower growing and has a much better prognosis. It is something that we have suspected and it is great that we now have the research to support this theory.

Unfortunately, this means that just when we thought we were making a little progress, we are now still facing a pitiful 3% five-year survival rate for the majority of pancreatic cancer patients.

We urge that going forward these two diseases are separated out and reported differently to allow for a clearer picture of the disease and a better understanding of the poor survival rates.

In addition, more investment into the disease is absolutely vital and very urgently needed in order to improve earlier diagnosis and better treatment options”.

Pancreatic Cancer Action’s mission is to improve early diagnosis of pancreatic cancer and the quality of life for those affected by pancreatic cancer. You can find out more about how we do this, here.

“For the first time, our study has revealed the truly outrageous survival for the vast majority of people with pancreatic cancer. This survival is completely unacceptable and it simply cannot be ignored. Due to increased research investment, in recent years we have seen outstanding progress in other cancers such as breast and prostate, and a shocking lack of progress for pancreatic.

But together, we can turn this around and transform the future for people affected. Now we are armed with a clear picture of this disease overall, it must be confronted as an emergency by Governments, research funders, and health commissioners alike. In the light of the announcement on NHS funding this week, we must ensure that pancreatic cancer is always high on the agenda.

We must see research investment vastly increase to £25 million a year by 2022, discover new ways of diagnosing the disease earlier, and we must see the National Institute for Health and Care Excellence (NICE) guidelines on the treatment of the disease rolled out.”

To find out more about pancreatic cancer please click here.

To donate and find out more about our Early Diagnosis research, please click here.