The Newtons are taking on the Great North Run and fundraising as a family in memory of much loved David Youhill who sadly passed away from pancreatic cancer.

In January 2018 our Dad and Grandpa passed away only 13 days after being diagnosed with Pancreatic Cancer. 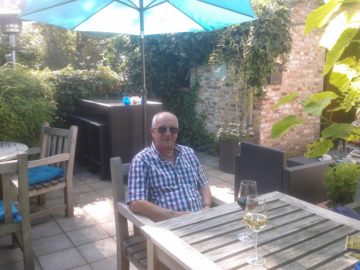 He had virtually no symptoms apart from feeling a bit off colour a couple of weeks beforehand.

He had lost his appetite a bit for a few weeks, but nothing to cause any reason to go to the GP, and then he had a bit of a ‘funny turn’ just before Christmas 2017.

On Christmas Day he ate a full dinner and joined in party games as usual and had fun but he didn’t quite seem himself, enough so for our Mum/Grandma to make an appointment with the doctor when they opened the day after Boxing Day.

The doctor, thankfully, recognised that all was not right at all and a whirlwind of investigations followed.

He had started to deteriorate very quickly from there and on 10th January 2018, we got the terrible news that our Dad/Grandpa had Pancreatic Cancer and that he was too poorly to receive any treatment. The cancer had spread to his liver, blood and brain.

There was such a mixture of emotions, sadness, helplessness, disbelief and to be honest, hope, that it might not be true. 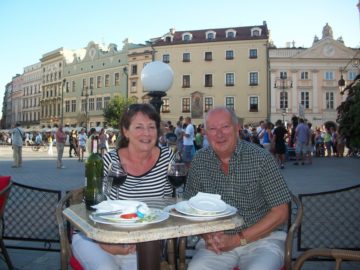 We felt helpless about something we could do nothing about. We couldn’t even say anything to make it any better, because nothing would.

Our Dad/Grandpa worried how our Mum/Grandma would cope, if she would be okay for money, if the car had enough petrol in, would the boiler break down (again).

He never showed that he was worried what was going to happen to him, just the people he was going to be leaving behind, but he didn’t realise that less than 2 weeks later he would be gone. 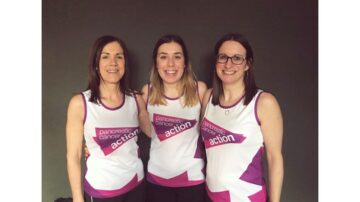 We decided to raise money for Pancreatic Cancer Action as a way to honour his memory and to try to help others who find themselves in a similar situation. Before we, as a family, experienced all of this, we knew very little about Pancreatic Cancer and it’s horrendous survival outcome.

We hope that our fund raising makes a difference to the research being done and to the outcome for other families as a result of this.

In memory of David Youhill ?