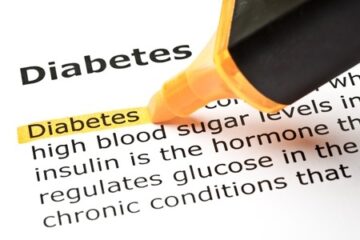 Our CEO, Ali Stunt,  who is a rare nine year survivor of the disease, has long been a believer that this is an early indicator of pancreatic cancer for some patients.  In fact, Ali had developed Type 2 diabetes a year before her diagnosis with pancreatic cancer.   Here Ali shares her thoughts…

“Following their diagnosis of Type 2 diabetes, the patients, who were later diagnosed with pancreatic cancer, condition deteriorated quickly and they required more aggressive diabetes treatment sooner than most Type 2 diabetic patients.  The study showed that rapid movement to drugs including Incretin and Insulin is associated with a seven-fold risk of being diagnosed with pancreatic cancer.

“Pancreatic cancer is the UK’s fifth biggest cancer killer in the UK yet can be treatable when detected in the early stages.  The public and medical community need to be aware of that Type 2 diabetes, which requires more aggressive treatment quickly, could be an early indicator of pancreatic cancer.

“However, what we really need is more research into this link and it could be the basis for an early detection test.  There needs to be much more investment into pancreatic cancer to look into this and other methods of diagnosing pancreatic cancer earlier.”

Ali shared her story in : http://www.dailymail.co.uk/health/article-3891360/My-diabetes-warning-hard-detect-cancer-40-year-old-woman-missed-signs-avoid-doing-same.html