My Mam and Me: Kelly Shares Her Story

Kelly is on a mission to raise funds and awareness of pancreatic cancer in memory of her mum who sadly passed away from this devastating disease.

Remarkably, Kelly has raised over £10,000 for Pancreatic Cancer Action and has now decided to share her experience with us to help raise awareness of the symptoms of pancreatic cancer.

This is Kelly’s story… 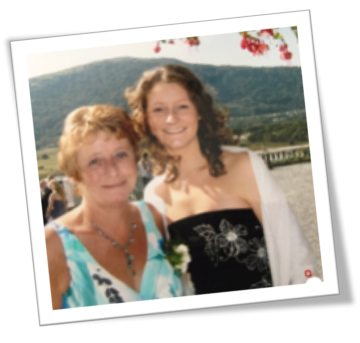 It was 2014, dad and mam had bought a new caravan on the beach front and after a stressful year mam was looking forward to putting her feet up, enjoying the sunshine, spending time with her grandchildren whom she adored and just enjoying retirement!

Christmas came and dad and mam came to stay with us. Something just wasn’t right. Mam wasn’t feeling herself, she was experiencing, heartburn, tiredness, sickness and a few bouts of loose stools. Trips to the doctors resulted in omeprazole for the heartburn and anti sickness tablets for the nausea.

In late January, dad and mam booked themselves a holiday to Malta for 6 weeks. They returned at the end of February and mam was the same. March 24th was mam’s birthday and we went for lunch, I was eating for two, literally! Baby number 5 was due at the end of May. Mam could barely eat and I was worried, telling her she needed to sort this out. After another trip to the doctor, mam finally got sent for an ultrasound.

April came and mam was getting worse! Vomiting, feeling cold, everything was going through her by now. She had an appointment with a consultant on the Thursday but I called there on the Tuesday with my then 3 year old. 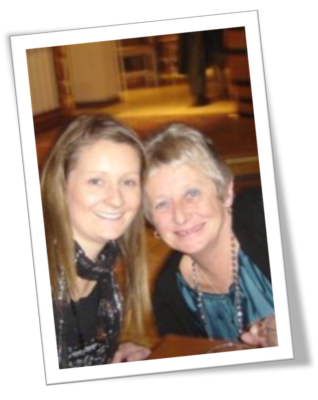 The sun was shining and we were on the balcony, mam was on the sofa, shivering. That evening I called mam. Worried, I pleaded her to go to A&E. At 10pm, dad called and said he was taking mam to A&E, she was getting worse. My brother met them at the hospital. I was in bed, unable to sleep when finally the phone rang at 2.30am. A call that still haunts me. A junior doctor in A&E had to give mam the results of the scan the consultant was supposed to give her on the Thursday. Holding her hand he told her that it was cancer. Secondary in the liver, the primary was still unknown. The word cancer down the phone was shattering! It was like I was having a nightmare. My mind in overdrive I went on Google, typing in symptoms and possibilities and the one thing that stood out was pancreatic cancer. I had never heard of it but from what I was reading I was scared, really scared!

The following day mam had tests done and a drip to re-hydrate her but everything was still going through her. On Friday 24th April we got a call as a family to go in for the results. I already knew the worst, what we did not want to hear. The consultant stood and told us, it was pancreatic cancer stage 4, and there was nothing they could do. Mam asked if they could operate – no. Chemo? No, was the initial answer but then a Macmillan nurse came to see mam and she said chemo was an option, to prolong life but not as a cure. Mam jumped at this option, of course she wanted to prolong her life as long as she could!

To find out more information on the symptoms of pancreatic cancer, click here.

The next day, mam was allowed home with a Macmillan nurse and hospice at home calling. Mam was weak, tired and in pain but I seriously didn’t know how quickly things could turn. I was heavily pregnant, my hormones everywhere. I had never ever thought about life without my mam. We did everything together. We loved shopping, doing things with the children and we saw each other most days and spoke on the phone god knows how many times in a day. I could tell her everything, as well as my mam she was my best friend. I visited every day from the diagnosis, did her hair, talked about her funeral and somehow I was dealing with this. I think being pregnant I had to deal with it head on. I had found out that I was having a girl and secretly told mam, she was so happy for my other daughter to be having a little sister as she was in the middle of 3 boys! I also told her what we were going to call her: Cadi.

Mam had two rounds of chemo. 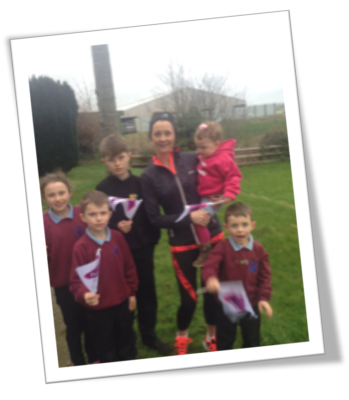 On May 9th I decided to celebrate my daughter’s birthday a week early, in case of complications with mam or the baby. En route from her party I got a call from my brother, mam was in an ambulance on her way to hospital. After sorting the girls out I rushed and got there before the ambulance.

Not long after, the ambulance arrived. Mam was sat up talking, she was pointing at my bump telling the paramedic about the baby being due soon. Mam was taken into resus. Her body temperature was low and they couldn’t get it up. Her sugar level was low and they were trying to get glucose sachets down her. Her eyes were so so yellow and that’s when I realised this isn’t good! Sat up, she was even joking, “it’s like a party in here” as there were so many doctors and nurses around her. They just couldn’t get a vein, her body was shutting down. She stopped talking to us, laying down with her eyes closed we were told here was nothing they could do. Mam was taken down to the cancer unit and we sat with her. It all happened so quickly, she passed not long after. My husband didn’t make it in time. My dad; my two brothers; her sister and niece; and I were with her.

Having to tell my 4 children that their lovely caring grandmother, who they adored, had passed was the hardest thing I have ever done. 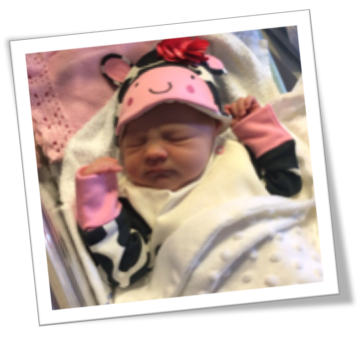 The funeral was on the 18th May and I gave birth to my beautiful angel on the 27th May. Mam was called Gwen and now our angel is called Cadi Gwen ❤

Since losing mam I have held nights in memory of her, coffee mornings too and last year ran the London Marathon all for Pancreatic Cancer Action overall raising over £10,500 so far. If we can help other families out there from going through the pain we have; help them get support, information and awareness of this evil cancer, we won’t stop!

Mam has gone, that can’t be changed but getting the knowledge and awareness out there could make a huge difference to others, and that’s what she would want ❤

You too can help us raise awareness by sharing your story, click here to find out more.