“Losing someone you love is always painful”

Smain was diagnosed with pancreatic cancer in June 2015 and sadly passed away just 6 months later.

Smain’s sister, Lynda, tells his story in her own words.

Losing someone you love is always a painful, if not shattering experience. Can it be the birth of something new? 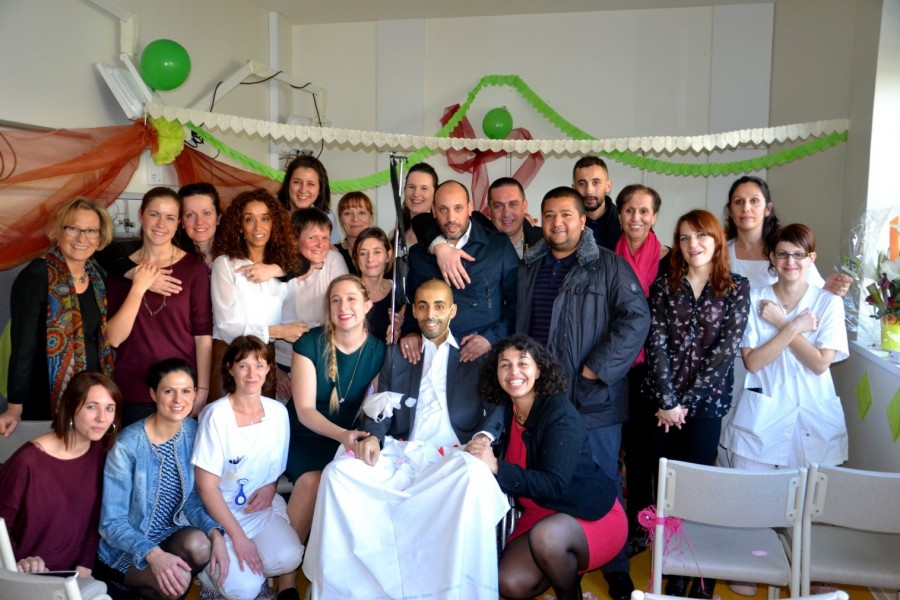 brother died from pancreatic cancer on the 29 December 2015. It has been an intense journey and I saw how courageously he fought until his last breath.

I was notified on the 5th June 2015 of his diagnosis. Hearing about this diagnosis I engaged in deep pray and determined for my brother to get better and used that situation to create value.

My brother used that situation to spend time with family. I saw how he maintained absolute faith and determined no matter what to get better and to fulfil his life project getting married, build his home and repay debt gratitude to his mum.

He did well and in September the result of the scan showed the tumour had decreased. His body responded well to the chemotherapy treatment.

Life continued despite the illness.

In November he caught a fever caused by a complication because of a clogged up stent: a device used to transport the bile from the liver but that led to the pause of the core chemotherapy treatment. My brother was then advised to rest and focus on restoring his energy in order to start again the chemotherapy.

But then another stent got clogged up and again fever and another surgery was required to clear it out. Those complications took lots of the so precious energy he had in him to heal. In the meantime, the cancer was gradually growing more. However, throughout these stages, Smain never complained and continued texting to reassure me that he was fed by tubes but getting better day by day.

On the 5 December, I spoke to him and it was like speaking to a fit man. He had a strong voice and he reassured me once again saying the cancer had imploded and left a voluminous hematoma and he was a determined as before on his life project one being how he planned his marriage.

Two weeks later, I learned that the implosion was actually the cancer was thorn but in the process propagated perforating the stomach and now only a miracle could saved his life.

I travelled from the U.K to visit him in France on the 18th December 2015. I was shocked to see my brother looking like one of those ads about famine in Ethiopia; a skeleton man. I saw an admirable man absolutely hanging in there and not complaining. He was loved and respected by all. If my family did not stop it, he would have had visits non-stop. It felt like the whole of his town wanted to see him!

I managed to have precious private time with him, praying actively for him to live well with what is left and mostly not to suffer. I did massages, Reiki, washed him like a beauty treatment, even contributed to trim his growing hair. I saw a beautiful man not giving up on life. I shared my life stories. We listened to Ludivico Einaudi and Buena Vista music. I bought special objects such as a red warm lamp, a lightening cherry tree to create a vantage point in his room and create a wonderful environment. I saw despite the illness, some magic in this room in that he and his family around continuing living life.

His future wife announced to me that Smain had finally accepted to get married here and on 21st December 2015 and she wanted me to be part of it. I jumped on this unique moment of happiness; history. I was soon in the shop with the bride and choosing the ring for my brother – can you believe it? I saw the buzzing of joy building up in his wife and amongst all people around. That night I prayed until 2 am whilst imagining the next day.

On the day of the wedding, I was met by a team of nurses and the colleagues of my brother and future sister in law; they had a set a proper wedding room. I was just bringing bits to create a ceremony feeling to the room and I was amazed by the amount of stuff that was offered to transform a hospital room into a proper wedding room.

The impossible had become possible because a team of people came together to create something that is so true and sincere for his happiness.

My brother was even more beautiful than usual like a Middle East prince. Nobody was suffering. Nobody was sad. Nobody was feeling pity but we were all actively loving, in action and living life. Illness was not an obstacle anymore.

Smain was lifted. I could see he was somebody else. Looking at the picture, I can see he was deeply happy and surprised.

Living in the present moment…

I have no doubt that moment will be inscribed forever in each one of us…and I hope it paves the way to bring birth to something new.

Gratitude and thank you Smain for sharing that journey with us! 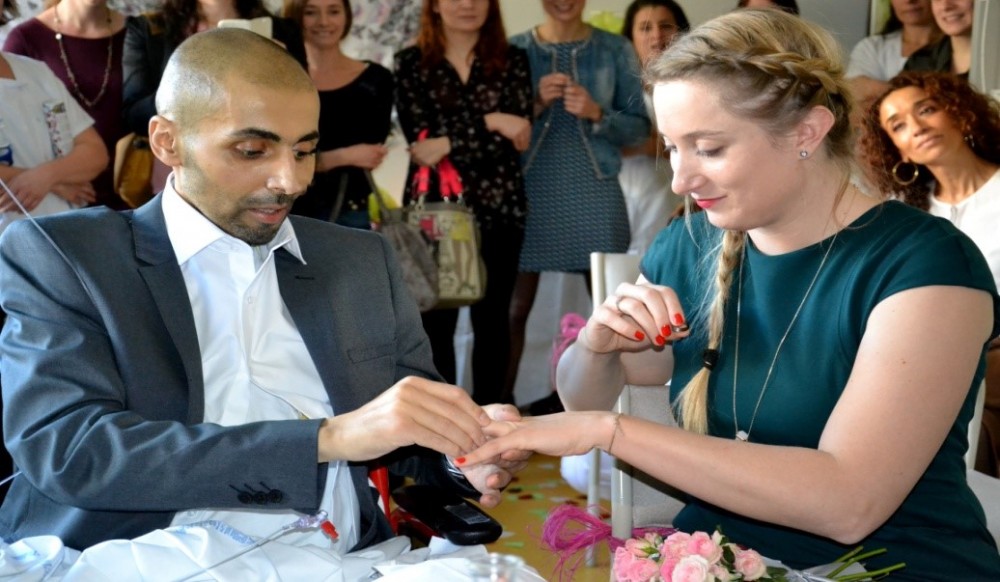 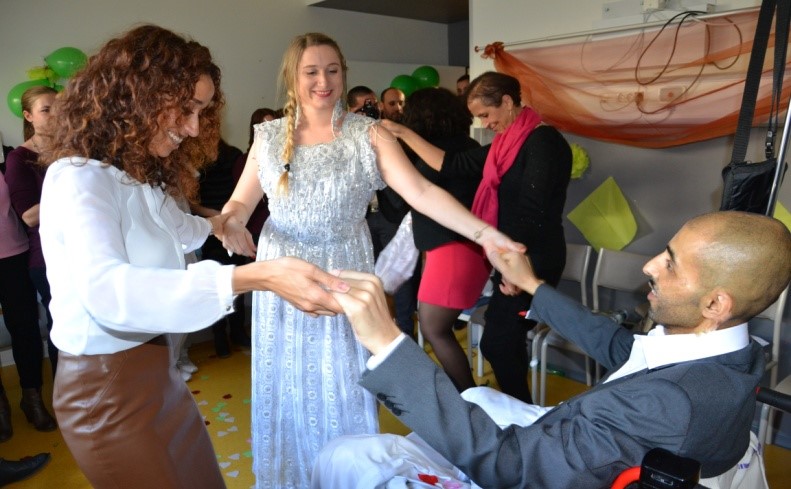 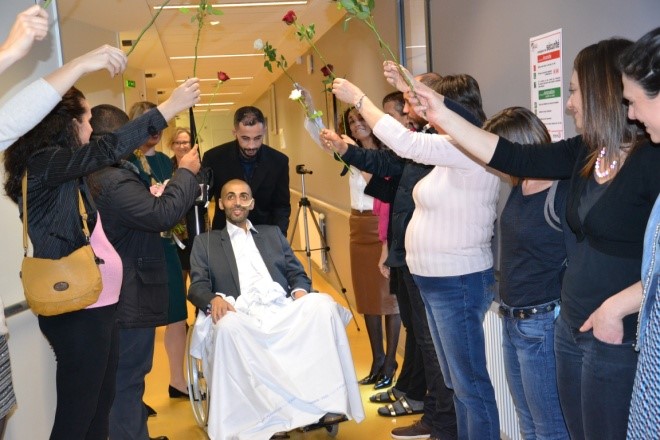