Increased Awareness Call for Pancreatic Cancer in the UK 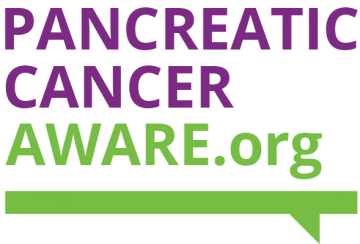 f people in the UK know a lot about pancreatic cancer, according to a national awareness survey commissioned by Pancreatic Cancer Action. Furthermore, half of the respondents know nothing about the symptoms of pancreatic cancer.

The survey also reveals major discrepancies in awareness across the UK with only 3% of people in the North West claiming to know a lot about pancreatic cancer, compared to 17% in London.

Across the nation this year, 9600 men and women will be diagnosed with pancreatic cancer and 8,800 will die of the disease.

It is the UK’s fifth worst cause of cancer death, with a survival rate of just 5% – the worst of the 22 most common cancers. Despite these stats, pancreatic cancer remains largely unheard of and research into the disease is chronically underfunded.

Pancreatic Cancer Action is a UK charity founded by Ali Stunt, a rare survivor of the disease. The charity’s main objective is to raise awareness of pancreatic cancer with the public, the UK medical community and the government in order to improve early diagnosis.

Ali Stunt says that: “Despite the increasingly high rate of pancreatic cancer in the UK, our new research highlights a fundamental lack of awareness of the tell-tale signs of the disease.

“Survival rates of pancreatic cancer remain at a standstill, with less than 1% of sufferers being given a prognosis for a ten-year life expectancy.  Given that there is currently no screening process available for pancreatic cancer, it is imperative that people can spot the signs and symptoms early enough to make surgery a viable option, in order to secure earlier diagnosis of this deadly disease, and improve survival rates.”

Symptoms include (but are not limited to) jaundice, weight loss, new onset diabetes, change in bowel habits and severe mid-back pain.

Most people with these symptoms do not have pancreatic cancer, but anyone with one or more of them should see their GP.  Studies show that diagnosis early enough for surgery increases a patient’s life expectancy significantly.