Have we now found a way for immunotherapy to work in pancreatic cancer too? 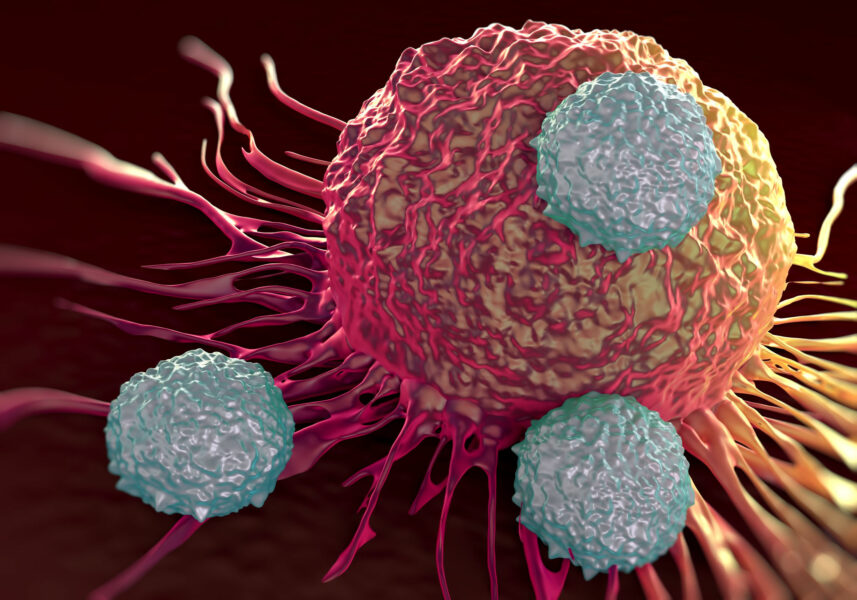 We have seen a lot in the press recently about the advances in immunotherapy for many cancers and, in the case of melanoma, with extraordinary results.

We’ve not as yet seen this happen for pancreatic cancer which, so far, has proven difficult to treat with either conventional chemotherapy and/or novel immunotherapy. Some trials of immunotherapy (which targets the body’s immune system to fight the cancer) have failed and, it is believed one of the reasons for this is that pancreatic cancer tumours are cunning in the way they are able to manipulate the immune system to help their own progression.

Our immune system contains many different types of cell, whose job it is to detect and destroy dangerous invaders such as viruses and bacteria in order to prevent serious diseases. What is important is for these cells to also be able to recognise the good bugs, such as healthy bacteria in our gut, which are important for maintaining health.

A very important cell in our immune system is the T-cell (or T lymphocytes) and these cells patrol our system, looking out for anything that could be harmful and, when encountering such, will decide whether to attack.

Cancers actually contain lots of T-cells, but, for some reason they seem not to recognise that the cancer is a threat. Scientists have discovered that T-cells in cancers actually contain a molecule that tells them not to act. Many immunotherapies have focussed on what they call this ‘molecular handshake’ to allow the T-cells to do their job and kill the tumour cells.

Now a new study by researchers at the Beatson Institute in Glasgow and published in the journal  Cancer Cell ((Steele, C., et al. CXCR2 inhibition profoundly suppresses metastases and augments immunotherapy in pancreatic ductal adenocarcinoma (Cancer Cell 2016) http://dx.doi.org/10.1016/j.ccell.2016.04.014)) has found in mouse models and human studies that pancreatic cancer tumours contain a protein (called CXCR2) which protects the tumour by controlling the immune system and preventing it from acting. The scientists have found a way to block the CXCR2 protein using a drug: AZD5069 which has previously been studied in COPD, asthma and is being looked at for head and neck cancers.

By blocking CXCR2, scientists found that there was an initial ‘rush’ of T-cells into the tumour and that this is what can prime the tumours making them more sensitive to chemotherapy drugs as well as immunotherapy agents. Ultimately it is hoped that this will lead to tumour cell death and reduction of the tumour.

While more studies are needed, it now looks like there could be real hope that we can find an effective immunotherapy agent for pancreatic cancer – ultimately unleashing a new weapon against the disease, which is very much needed.