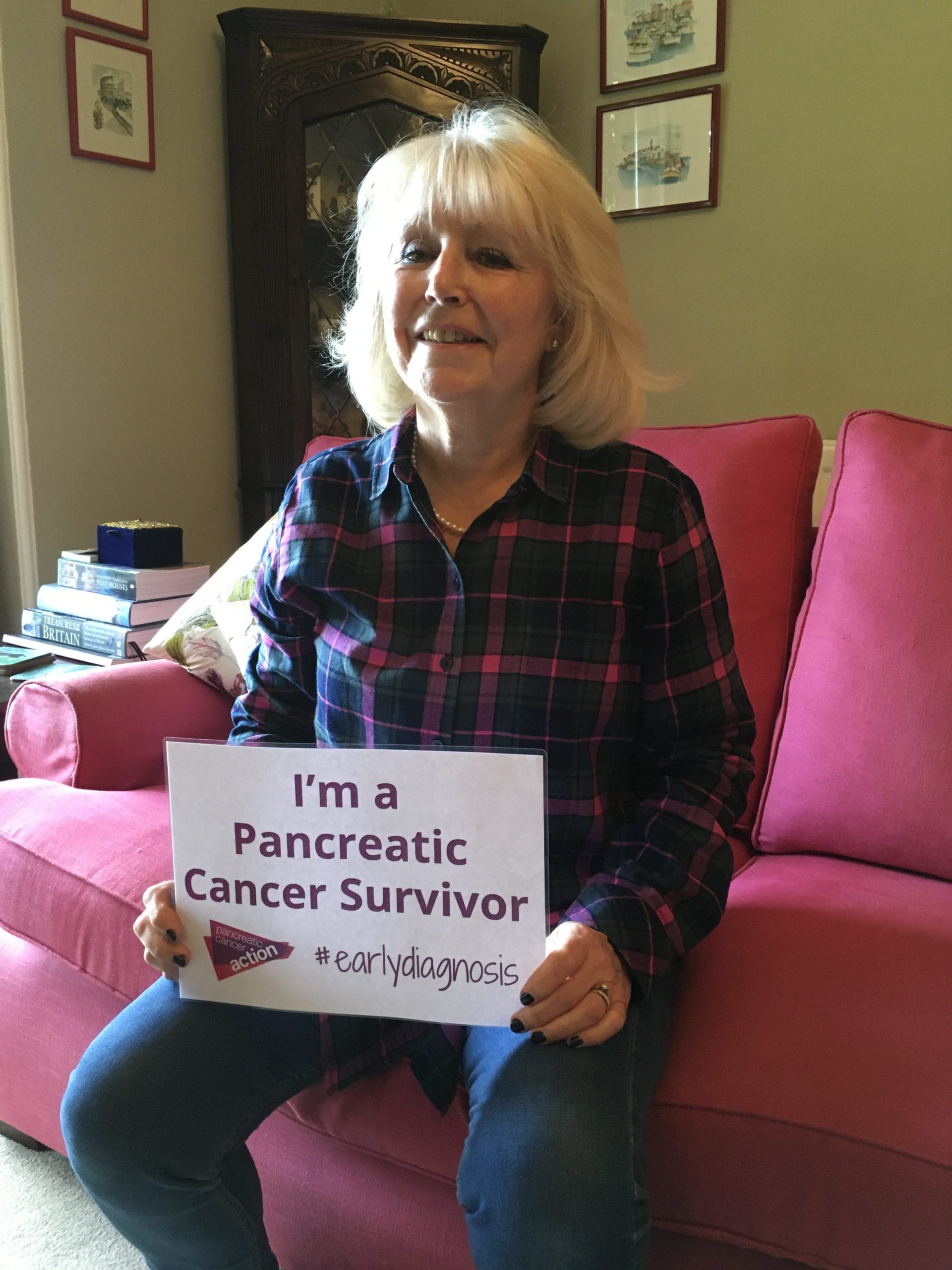 Yvonne was just 56 when she was diagnosed with pancreatic cancer in 2008. She was a headteacher in a small village school and never took time off work.

Yvonne was diagnosed with proctitis, a type of ulcerative colitis in 2005 so had regular check ups. This is what led to her diagnosis as she had some pains in her abdomen and was feeling low and weepy.

Yvonne’s doctor sent her for a CT scan, which turned out to be life-saving.

“After a few weeks I had not received any results and I remember phoning the hospital to ask if there was any news. Then one Friday I received a phone call at school asking me to go for an MRI scan on the following Monday. There was a space which had come up.

I remember going on my own that Monday in November for the scan. I arrived and the consultant asked me if I knew why I was there. I said no and he told me there was possibly something wrong with my pancreas.

I replied that I did not know anything about this, no one had told me.

All this took place in the waiting room in front of other patients by which time I was crying and he took me into his office for a chat. He was very kind, he told me they would be going through the scans on Thursday and so I had the scan.

When I arrived home I found a letter from the hospital mentioning there may be a problem with my pancreas so I did not go back to school I cried, I was in shock. The only thing I could find out on the internet was a possibility of pancreatitis which is brought on by excessive alcohol! That was not me.”

Yvonne was told in the following weeks that there was a shadow on her pancreas and she would need an operation to remove a possible tumour.

The operation was successful but showed the tumour to be cancerous. Yvonne would need 6 months of chemotherapy to ensure that all the cancer cells were destroyed.

“This was to be the very worst experience of my life. I endured six months (17 sessions) chemotherapy, injections, blood tests, needles, severe nausea, sickness, constipation, strained intercostals, hair thinning. Soaking hands in water to get the needles in, it was vile and I hated it but I went every time as I knew I had to get better for me and my family.”

“Still not feeling at my best I returned to school in July 2009 as a phased return. It was great to be back and an absolute tremendous joy to see the children again, they were like sunshine.”

Yvonne completed her treatment in August 2009.

“I know I am very lucky but I have no idea why this has happened to me. No one can give me an explanation or a reason why I should have this dreadful illness. The rubbish stuff was worth it but I am terrified at the thought of having to go through this again or worse if it returns.

Yvonne has now survived 10 years from her diagnosis, something only 1% of people achieve.