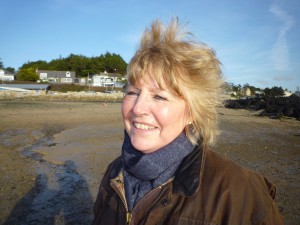 Yvonne was diagnosed with pancreatic cancer in 2008. She kindly shared her story with us to help raise awareness of pancreatic cancer. We are so pleased to say that almost 9 years later Yvonne is doing well. She gives us an update in her own words…

Way back at Christmas 2008 I was waiting to go into hospital for surgery, something to do with my pancreas so I did not return to my post of head-teacher in a local village school, I had extra holiday and prepared for my visit to hospital.

I had not taken time off school for around fifteen years so this was a whole new experience for me. Over the previous six weeks I had been for a CT scan and an MRI scan, appointments with consultants and was eventually told that surgery was the way forward and so when I found out that I would be treated by a professor I was very pleased.

After the surgery, I was very keen to get home, so on the seventh day after treatment I was allowed home and spent my time forcing myself to get well and fit. Trying my best to carry on as usual was important so that after a few weeks I went to see my professor who told me how well I looked but the unfortunate news was that the tumour they had removed was cancerous and I would therefore require six months of chemotherapy. I then went to see my oncologist who explained the treatment and I resigned myself to the fact that this was not going to be pleasant and it was not.

The chemotherapy made me physically sick, my hair thinned, there were endless blood tests apart from a whole range of other distressing conditions. However, I was determined to get back to normal and forced myself to do gardening, walk the dog, visit my daughter in London and keep fit. This paid off and I begged to be allowed back to work before the end of the summer, so I continued the chemotherapy and returned to school for two days each week during July and it was great. I completed my treatment in August and returned to school full time in September.

It was about twelve months before I really understood the seriousness of having pancreatic cancer and only then did I realise how lucky I am. I am now retired and since my illness I have tried to raise awareness of this type of cancer. I have met a range of professionals who work hard to improve diagnosis and outcomes for people who have pancreatic cancer. Unfortunately, I have only met three people who have been treated for this illness and have survived.

Now after over eight years since my treatment I am keen to promote exercise, a good diet and a positive outlook, all which contributed to my wellness.

I am lucky to be here.