My Husband is Still Here because of Abraxane: UPDATE

David Johnson from Wales was diagnosed with pancreatic cancer in June 2013. His lovely wife Carole tells us in her own words David’s story and how Abraxane has considerably improved his condition. 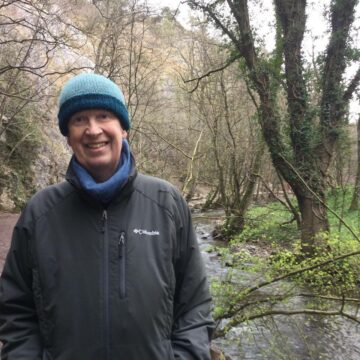 Updates from Carole regarding David’s treatment on Abraxane:

April 2016: “He is responding well to the Abraxane… We’ve just had a weekend away by the sea, the kind of quality time we wouldn’t have had.

“We had no great expectations of the drug at the start, but it has worked better than anything else we’ve tried…and we’ve tried everything.”

March 2016: “David’s tumour marker has continued to fall, is still falling, and he has no pain now and has regained some weight. He has had every other available treatment before this, and even Folfirinox, supposed to be the best thing, didn’t produce results like these, for us.

“Happy to say that David is still doing really well on Abraxane, and our medical team are delighted!”

February 2016: “David has previously had the only other chemo regimes there are for pancreatic cancer, and the best we achieved was ‘non-progression’ whilst on the chemo. We saw our oncologist today and we’re told the CT scan shows the cancer has shrunk since David has been having Abraxane…..none of the chemo to date has done that. I thought David was improving but it’s nice to have your instincts backed up by science!”

Has Abraxane benefited you or a loved one like Carole? If so, would you mind sharing your story with us so we can submit this as evidence to NICE who are reappraising Abraxane as a treatment for patients in England? Please contact comms@panact.org or call 0303 040 1770.